Amanda Serrano made boxing history in New York on Friday night before taking her opportunity to fire a warning shot at world lightweight champion Katie Taylor.

Serrano made light work of her opponent, taking Voraberger out in less than a minute of the first round to become a seven-weight world champion.

"When the fight comes, I hope she is ready for it," said Serrano after the fight.

"Right now, I have other sights in mind, but she better be ready for me," added the American, who has signed a three-fight deal with Taylor’s promoter Eddie Hearn. 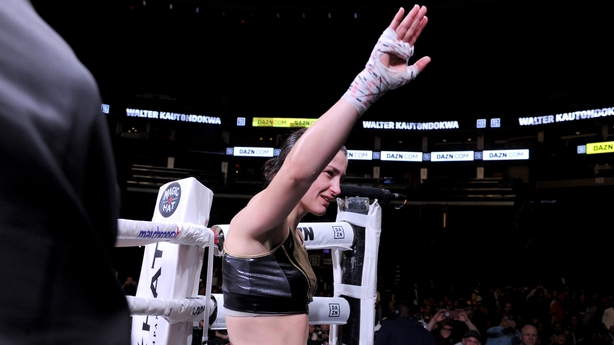 And Hearn re-emphasised the inevitability of the two fighters meeting later this year.

"Let me tell you Katie Taylor v Amanda Serrano is an absolute war and we will see it 2019 on DAZN USA  and Sky Sports," said Hearn following the fight.

Katie Taylor's next fight takes place in Philadelphia on 15 March, as she takes on WBO champion Rose Volante in her attempt to become undisputed lightweight champion.

. @Serranosisters blitzes opponent in less than 40 seconds! Let me tell you @KatieTaylor v @Serranosisters is an absolute war and we will see it 2019 on @DAZN_USA @SkySportsBoxing ??