Carl Frampton is a superior boxer to Josh Warrington and should be too strong for the English boxer on Saturday night, according to Eric Donovan.

Frampton is strongly fancied to add the IBF's world featherweight title to the interim WBO belt already in his possession.

Warrington has vowed to prove people wrong, with the Yorkshireman saying he can upset the odds at the Manchester Arena.

However speaking on RTÉ Radio 1’s Morning Ireland programme, Donovan, himself unbeaten in eight professional bouts, doesn’t see anything other than another night of glory for the Belfast native.

"I do fancy him to win it," he told listeners.

"I think he is the superior boxer. I also think he has been in with higher calibre boxers such as Leo Santa Cruz, Scott Quigg and Kiko Martinez twice.

"Kiko Martinez is a good comparison as both Frampton and Warrington have fought him and Frampton has dealt with him far more comfortably.

Warrington was pushed very close by Martinez and a lot of people said he could possibly have got the win if it was in Spain.

"I think Frampton will come through, but it won’t be easy. I think it will be a great fight for the fans." 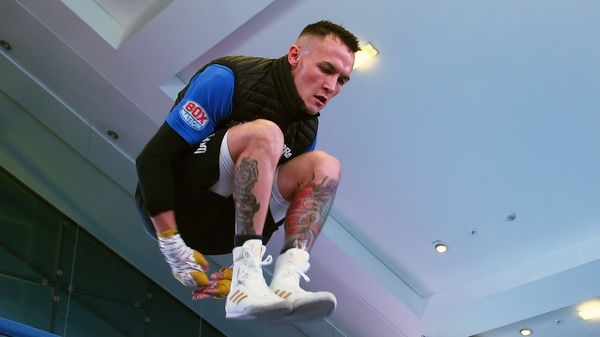 Warrington: I'm prepared for everything Frampton has