In his role as Fury's promoter, and alongside the British Boxing Board of Control, he has made a complaint to the WBC over the scores that meant their thrilling world heavyweight title fight, at Los Angeles' Staples Centre, concluded as a draw.

His hope is that the sanctioning body order an immediate rematch, but speaking post-fight - having already spoken of his desire for a rematch - Wilder also reiterated his willingness to fight IBF, WBA and WBO champion Anthony Joshua.

A fight between the two champions for all four titles might even prove richer than Wilder-Fury II, but in the present circumstances would represent an injustice and also seems unlikely, with Joshua expected to fight Dillian Whyte at Wembley on 13 April. 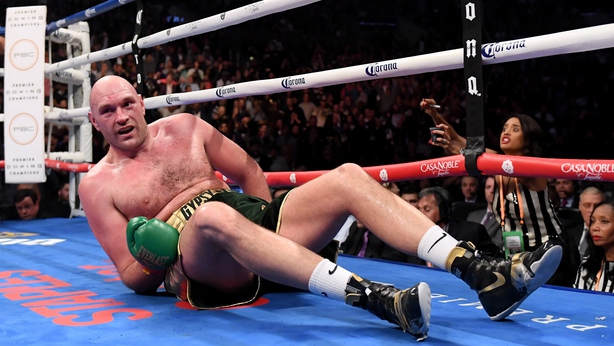 The likeliest outcome would appear to be Wilder-Fury II in a Las Vegas casino, also in the coming spring.

"I think it's got a good chance of coming to London. You'd have a 90,000 gate at Wembley, so you're talking serious money. But with Tyson, he'll travel - he'll go where the money is, for March, April.

"I find it invigorating. From where he's come from, I just really enjoy it.

"They said he wasn't going to sell any tickets. They said it wouldn't go ahead - well it did go ahead, didn't it?

"I've worked with Mike Tyson, Frank Bruno - all of those. Now, Fury's the people's champion."

That Fury succeeded in performing to such a high level following a period of only 14 unremarkable rounds in three years that featured significant ring-rust, him gaining in weight to 27 stones, taking cocaine and contemplating suicide fully vindicated his trainer Ben Davison. 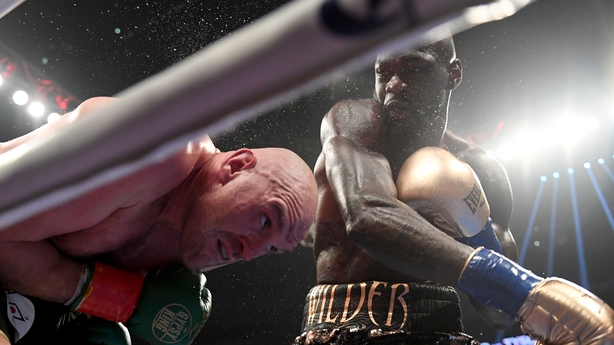 The previously-unproven Davison, 26, had been considered a potential weakness in Fury's preparations but in only their third bout together he oversaw a performance that suggests the fighter is again the world's finest heavyweight.

The 30-year-old Fury said: "Everybody said Ben couldn't do it and he'd fold under pressure.

"But I didn't see any folding, Ben. Did you, son? He didn't fold. I knew I'd made the right choice in old Davison here. He did a fantastic job. Nobody in the world could have done a better job than Ben.

"He gave me clear, calm instructions, even when I was down. Ever since me and Ben started working together, I've felt I made the right choice. If this man ain't the highest candidate for trainer of the year, then I haven't seen one."