Sport Ireland says it is "concerned but not surprised" at the news that the International Olympic Committee (IOC) has put planning for the Tokyo 2020 boxing tournament on hold.

The move could see the sport's governing body AIBA frozen out of the Games over a governance dispute.

The IOC said it had also launched an investigation into the International Boxing Association after AIBA submitted a progress report focusing on governance, financial management and sporting integrity.

It referred to that enquiry as "the initiation of a procedure which can lead to the withdrawal of recognition for AIBA" but said it still hoped boxing would be part of the programme. 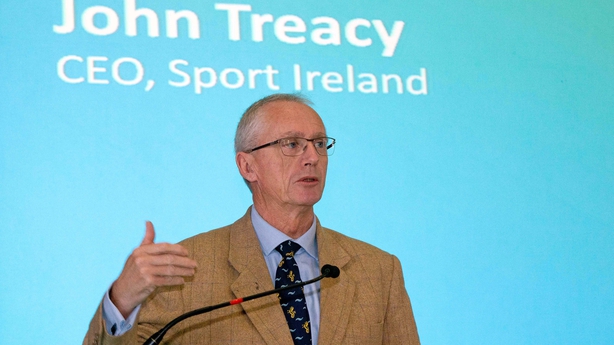 "The IOC have been clear on their position on this matter for a considerable time.

"When Gafur Rakhimov was elected as the President earlier this month, AIBA and the international boxing community would have been acutely aware of the IOC’s warning that the election of Mr Rakhimov as President would jeopardise boxing’s place on the programme for Tokyo 2020.

"AIBA’s long-standing governance concerns and the issues that exist between AIBA and the IOC are of significant concern to Sport Ireland. The election of Mr Rakhimov is not the only governance issue of note within AIBA.

"There had already been significant worry amongst the sporting community that the qualification pathway for Tokyo had not been announced.

"Sport Ireland will continue to monitor the situation and, in the meantime, work with the IABA to prepare Ireland’s boxers to the highest standards in the hope that a resolution is found to the current situation."

The IOC's Executive Board said today that planning for the Olympic boxing tournament had been frozen, with immediate effect, and contact suspended between AIBA and the Tokyo 2020 Organising Committee.

Planning for ticket sales, the approval and implementation of a qualification system, test event planning and finalisation of a competition schedule were also put on hold.

AIBA was also barred from using any Olympic properties, including the Olympic rings and Tokyo 2020 logo for any communications or promotional materials. No deadline was set for further action but any decision to withdraw recognition from an international federation would have to be made at an IOC session. The next one is scheduled for June 2019.

AIBA has been in turmoil for years and the IOC has warned the Swiss-based body to sort out its finances and governance, as well as anti-doping issues, or risk missing out on the Tokyo Games.

The IOC executive board said progress had been made but points of "significant concern" remained. They included doubts about AIBA's ability to continue as a going concern.

The election of controversial Uzbek businessman Rakhimov as the new head of the AIBA appears to have prompted the latest move from the IOC. It also noted uncertainty about the role of Rakhimov resulting from his "designation as a key member and associate of a transnational organised criminal network by the US Treasury Department".

Rakhimov was one of two Olympic officials barred by the Australian government from attending the 2000 Sydney Games for security reasons and The IOC had warned that they would cut funding to the AIBA if Rakhimov was elected.

Rakhimov has denied allegations of and claimed they were "lies were fabricated by the former regime in Uzbekistan because they wanted my businesses to support them financially."