A 50-year-old man has died after a shooting at Bray Boxing Club this morning.

Two other men, aged 35 and 57, were injured in the incident and have been taken to hospital for treatment.

Boxing trainer Pete Taylor, the father of world and former Olympic champion Katie, was one of those injured.

Gardaí described their injuries as serious but not life-threatening.

The incident happened at Bray Boxing Club, which was set up by Pete Taylor, just before 7am.

A gunman entered the boxing club at the harbour and fired a number of shots.

One of the three injured men is in a critical condition.

The suspect left the scene in a white or silver van, possibly a Ford, with British number plates. 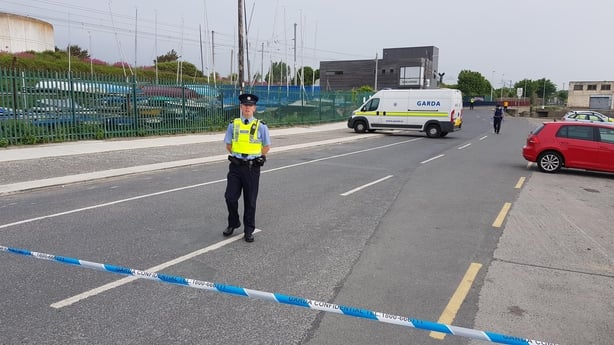 Emergency services are at the scene, which has been sealed off.

Gardaí are appealing for witnesses to contact them at Bray Garda Station on 01-6665300.

Minister for Justice Charlie Flanagan has described news of the shooting as shocking.

Speaking on RTÉ's Morning Ireland, he appealed to anyone with information in relation to the incident to come forward.

It was set up by her father Peter Taylor and is also home to other Olympic boxers, including former Irish champion Adam Nolan.

A statement from the IABA read: "The IABA are horrified that something like this could happen in the setting of a community sports club. Our thoughts are with those affected by this appalling event, their families and friends."