Kell Brook is on course for a showdown against Amir Khan at the back end of this year after a spectacular second-round knockout of Sergey Rabchenko at the Sheffield Arena.

Brook has long coveted a bout against his British rival but those prospects seemed to diminish when he followed up a fruitless jump to middleweight to challenge Gennady Golovkin in September 2016 by losing his IBF welterweight title to Errol Spence Jr last May.

However, the 31-year-old drew a line under those twin defeats in emphatic style in his first foray into the light-middleweight division as he needed less than five minutes to dispose of Belarusian fighter Rabchenko to the delight of a partisan home crowd in South Yorkshire.

In doing so, Brook not only rejuvenated his career but laid down the gauntlet to Khan, who will end a near two-year layoff when he takes on Canada's Phil Lo Greco at a catchweight of 150lbs in Liverpool next month.

Eddie Hearn, who promotes the pair, said: "That fight potentially happens in November or December.

"I just feel one day, if we don't make that fight, we'll look back and think 'ohh', everyone will. 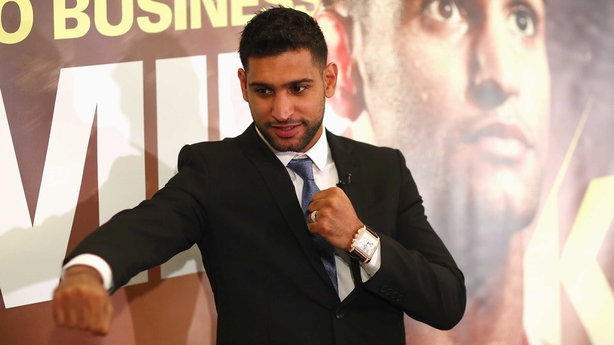 The Khan fight is not the only option available to Brook, who feels he delivered a warning to the top-tier fighters in the 154lb division with his demolition of Rabchenko.

Brook said: "I'm putting the champions on notice. I'm aiming for the stars. I'm going to go out and win another world title, you're going to see me perform like this every time."