The defending champion lost her title on the scales at Friday’s weigh-in having weighed one pound over the 135lb lightweight limit. While Sanchez attempted to make weight a second time on Friday she could not shift enough to defend her belt, meaning the WBA lightweight strap was only on the line for former Olympic champion Taylor.

Competing on the undercard of Anthony Joshua’s world heavyweight title defence against Carlos Takam at the Principality Stadium, Taylor dominated her first 10-round bout. 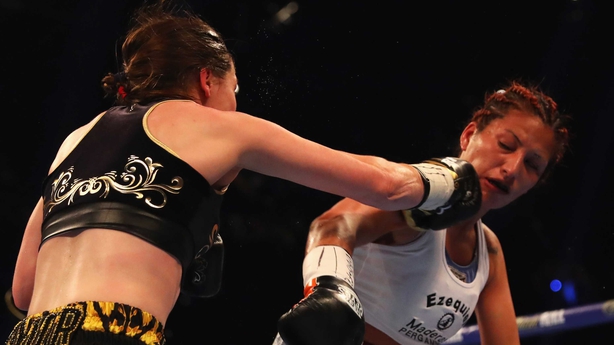 Sanchez came into the fight as the more experienced pro with a 17-2 record but was priced as a 12/1 underdog by the bookmakers.

Taylor entered the ring to James Brown’s ‘It’s a Man’s World’ medley with AC/DC’s ‘Thunderstruck’ and she set a lightning pace from the opening bell, throwing a number of combinations, while Sanchez responded with attempts at a counter-attack.

Taylor dropped the 26-year-old with a left hook to the body in the second round, but while the Bray native followed the knockdown with lively flurries, Sanchez managed to see out the round.

The five-time world amateur champion harried and hassled her opponent in the following rounds, but Sanchez proved to be a determined foe, absorbing body shots while attempting to counter between Taylor’s front-foot approach. 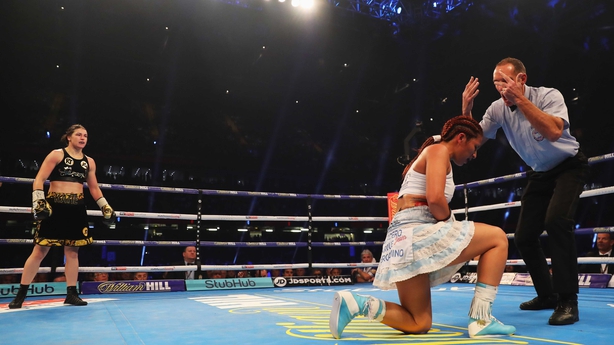 While Taylor attempted to force an early finish, her effort was not helped by that fact that female fights take place over two-minute rounds as opposed to the standard three-minute timing in men’s bouts.

Taylor landed two flush right hooks in the seventh round, which appeared to stagger Sanchez, but the Buenos Aires native gamely fought back.

In contrast to an exciting start to the bout, the latter rounds were fought at a more pedestrian pace with Taylor comfortable throughout.

All three judges scored the fight as 99-90 as Taylor claimed her first world professional crown.

Taylor manager Brian Peters claimed after the fight that the new champion is likely to defend her world title in Dublin next year.