The judges scored the bout 118-110 for Alvarez, 115-113 for Golovkin and 114-114 after 12 hard-fought rounds at the T-Mobile Arena, with the first scorecard swiftly sparking outrage on social media.

Alvarez started and finished the contest well, but the hard-hitting Golovkin had much the better of the middle rounds. Neither fighter went down.

Golovkin took to Twitter soon after the bout to post a smiling picture of himself celebrating with his belts alongside the words: "The world knows #andstill Thanks to all my fans from all over the world for your support. It means a lot for me." 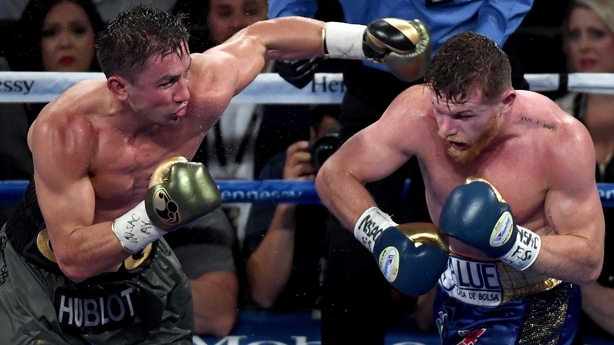 The controversial scorecard of judge Adalaide Byrd, who favoured Alvarez 118-110, was met with raised eyebrows, with many Twitter users claiming victory belonged to Golovkin.

Byrd gave Golovkin just two rounds of the fight - the fourth and seventh - with the other 10 going to Alvarez.

Both men said in the ring after the decision that they wanted a rematch.

Speaking through a translator, 27-year-old Alvarez said: "Yes, of course, obviously yes, if the people want it, yes.

"He didn't win. It was a draw. I always said I was going to be a step ahead of him."

He added: "In the first rounds I came out to see what he had, then I was building from there. I think I won eight rounds."

Golovkin said: "Look at my belts. I'm still the champion. Of course I want a rematch."

Speaking after the fight,  Bob Bennett, of the Nevada State Athletic Commission said: "Unfortunately, Adalaide was a little wide. I'm not making any excuses. I think she's an outstanding judge, and in any business, sometimes you have a bad day. She saw the fight differently. It happens."

The two best middleweights and two of the top pound-for-pound fighters in the sport offered contrasting styles.

Golovkin mostly occupied the centre of the ring, while Alvarez was more comfortable near the ropes, content for the most part to counterpunch.

California-based Golovkin, widely known by his nickname 'Triple G', had an edge in jabs, but neither fighter could deliver a knockout.

"I want big drama show. Its not my fault," said Golovkin.

The result leaves Golovkin with a 37-0-1 career record, while Alvarez is 49-1-2, his only loss coming against Floyd Mayweather in 2013.

The fight was two years in the making before the two camps agreed terms and though Golovkin came in as champion, he accepted a smaller guarantee, reportedly $3m to Alvarez's $5m. 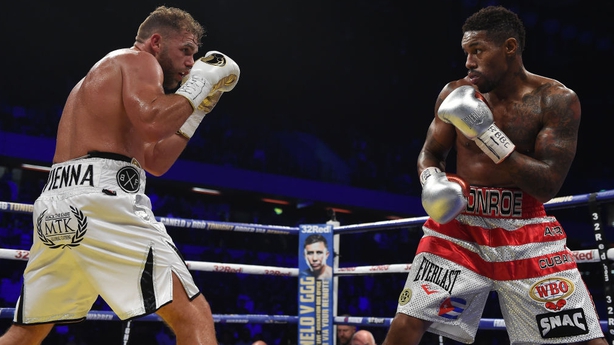 Billy Joe Saunders remained on course to challenge the winner of a potential rematch after defending his WBO middleweight title against Willie Monroe Jnr.

The 28-year-old produced one of his finest performances to retain the only world middleweight title not being contested by his high-profile rivals and hopes it will secure a lucrative unification match-up.

America's Monroe Jnr fought with a disappointing lack of ambition - particularly given he could have earnt the same position - in dropping the unanimous decision for the third defeat of his career.

Saunders, fighting for the first time under new trainer Dominic Ingle, also improved on his unconvincing performance in December against Artur Akavov, and was rewarded with scores of 117-111, 115-114, 117-112 via the three ringside judges.