Eddie Hearn is keen to book a ‘crossover’ bout between Katie Taylor and the UFC’s former boxer Holly Holm, while the promoter has claimed he will negotiate a grudge fight between Leo Santa Cruz and Carl Frampton if the latter signs with his Matchroom outfit.

Hearn outlined his grand plans during a visit to Belfast yesterday as he formally launched a world-title unification clash between hometown hero Ryan Burnett and Kazakh Zhanat Zhakiyanov, which will take place at the SSE Odyssey Arena on October 21.

Burnett and Zhakiyanov will meet for the IBF and WBA versions of the world bantamweight title in what will be the first ever unification fight to take place on the island of Ireland.

But Matchroom promoter Hearn claimed that is just one of a number of big fights in the pipeline, with Taylor and Frampton also among the star fighters he is keen to see in action.

Fight plans for former Olympic champion Taylor’s next ring outing are still yet to be confirmed, although Hearn reiterated his intentions to book a world-title date for the Bray woman on the undercard of Anthony Joshua’s world heavyweight title defence, which is expected to take place in Cardiff on October 28. 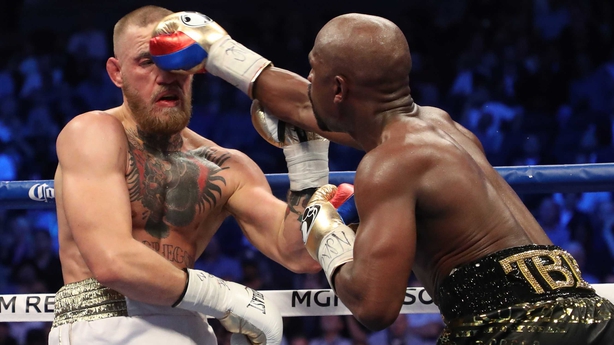 And following last weekend’s multi-million showdown between Floyd Mayweather and Conor McGregor, the promoter also claimed he is keen to set up a similar crossover fight between Taylor and former UFC world champion Holly Holm, who built a 33-2-3 record as a pro boxer – albeit at a higher weight than the Bray lightweight – before finding worldwide fame as an MMA fighter.

Speaking on the topic of Mayweather-McGregor, Hearn said:  "It was a one off, a freak show. I’ve a lot of admiration for the way they done business and they made an absolute fortune. The best way I can describe it is, they got away with it.

"It broke all records on pay per view over here… They made a lot of money."

And when quizzed about the prospect of staging a similar bout, the promoter suggested that Taylor-Holm is the only ‘crossover’ match-up he would like to book.

"If the money’s there, you can’t turn down things like that… You can never rule it out in the future, but there’s not one fighter that I have that I’m looking at [making a crossover fight with] other than Katie Taylor against Holly Holm," said Hearn.

"Holly Holm is a good boxer and she’s a lot better than many of the [current] female pro boxers out there and I think that’s a big fight."

Meanwhile, Hearn’s presence in Belfast inevitably led to speculation that he could hold talks with Frampton over his future plans following the two-weight world champion’s recent claim that he has "parted company" from long-term manager Barry McGuigan and Cyclone Promotions.

However, the Matchroom chief insisted that he is still unsure of Frampton’s contractual status with McGuigan and Cyclone.

"I don’t know the situation," said Hearn. "If he’s a free agent, I want to sign him. That’s all I can tell you and I can deliver for him. I believe he’s a box-office fighter.

"I can bring Leo Santa Cruz here [to Belfast], I can do Windsor Park, I can do all those things, but we’ll see," added the promoter, who was adamant that he did not speak to Frampton yesterday.

Turning his attention to the main topic of the day, Hearn insisted that Burnett will become a "superstar" should he defeat 33-year-old Kazakh Zhakiyanov and follow in Frampton’s footsteps by becoming just the second Irish fighter to unify world titles in one weight class.

"I believe he’s the real deal and a big star, but he’s only gone halfway to prove that yet. On October 21 you will see the absolute real deal in Ryan Burnett," said the promoter.

"He’s won a world title and now he’s trying to unify… he’s only going to get better and better," added Hearn. 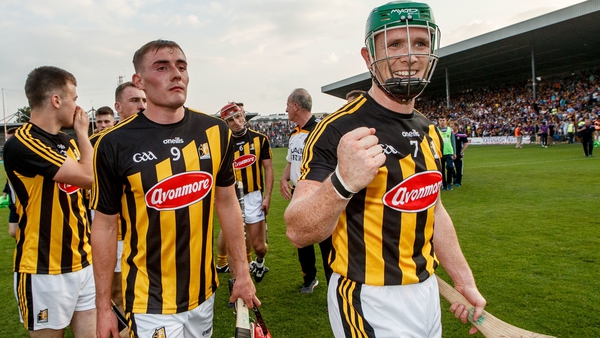 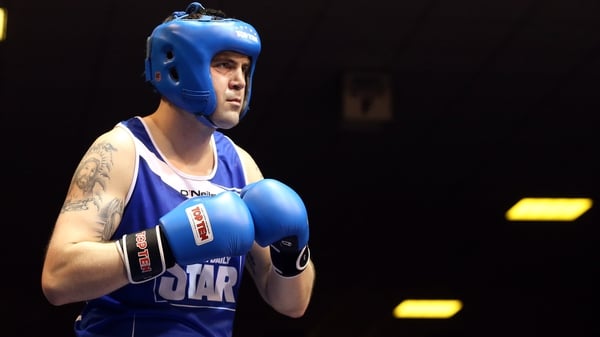 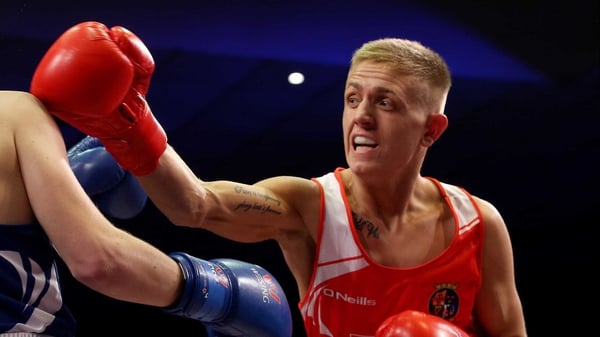 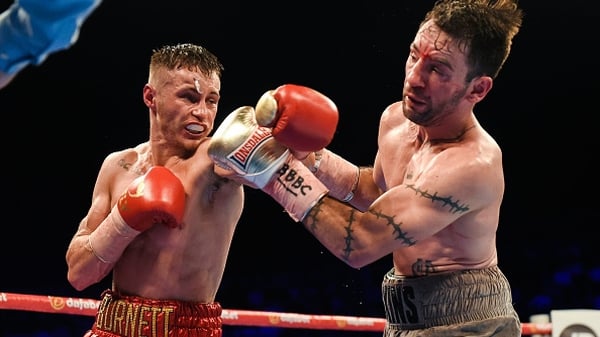