By Eoin Weldon at Las Vegas

Instead Mayweather cemented his legacy as one of the greatest boxers of all time with a 10th-round TKO.

The now 50-0 American did not put McGregor to the canvas but did nail his own prediction that the fight wouldn't go the full 12 rounds.

The stoppage by referee Robert Byrd was a soft one and afterwards Mayweather agreed with a frustrated McGregor that the call was a little premature.

"I get a little wobbly when I’m tired. But get me in the corner and I’ll recover and I’ll come back. There’s a lot on the line here – he should have let me keep going until I hit the floor."

Did you say bed time in Ireland! #MayweatherMcGregor #GoodNight pic.twitter.com/HadQV3ftux

Five-division champion Mayweather was finding his groove the longer the fight went on but McGregor stunned boxing experts and critics of this "farce" by more than holding his own in the early rounds.

Arena scorecards had McGregor 3-1 after four rounds and the Crumlin man was even seen smiling broadly in his corner during that surprising first 12 minutes.

Irish fans in the T-Mobile Arena found their voice as the UFC's star man moved fluidly and unpredictably in a tentative and cagey first round, one in which he connected with a solid counter left uppercut to Mayweather chin.

The second was a chess match. Light feeler punches were traded before McGregor began to land on his opponent's face but his MMA background slowly began to show.

Like the fish out of water he was, there were several attempts to grip Mayweather's body from behind.

His unorthodox style and unusual movement disturbed Mayweather's rhythm though and referee Byrd was busy as McGregor's holding continued in a third round that began with an encouraging flurry of jabs from the Irishman. 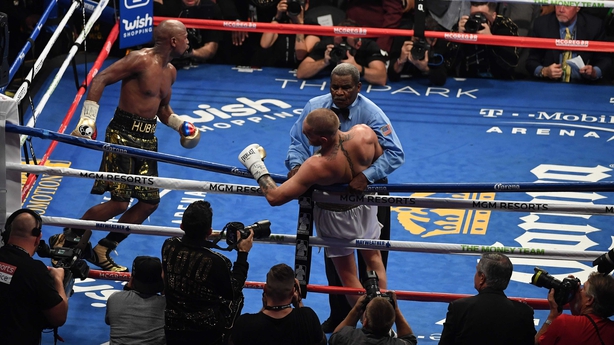 McGregor had Mayweather cornered in the fourth and landed well before catching the American where it hurts with a low blow.

This was the strong start a lot had anticipated from the Irishman but fatigue kicked in for the younger man and Floyd wrestled back momentum with a strong jab to end the round.

There was nervy edge to the celebrity-littered Vegas crowd as a massive upset appeared to be on the cards and local bookmakers faced a huge loss if the underdog prevailed.

The fifth brought a shift of energy with Mayweather showing why he is the king of his sport.

McGregor was rocked by two strong combos and 'Money' shoved him on the chest after the bell to let him know who was in charge.

The sixth began with McGregor being reprimanded for a shower of punches to Mayweather's back. Floyd righted himself and gradually wore the underdog down before going in for the kill with an accurate one-two.

McGregor absorbed the blows and finished the round strongly, flashing a few strong jabs to Mayweather's nose and even a smile in the Michigan native's direction. 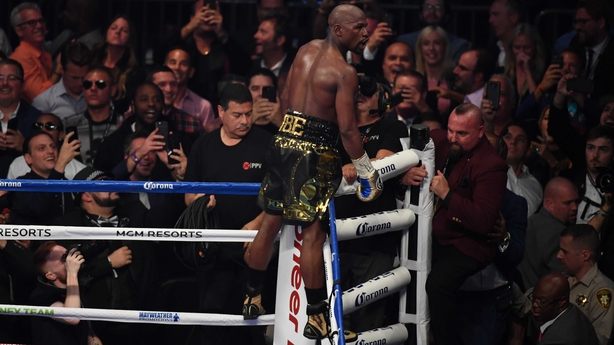 On the jumbo screen above the ring appeared a three-round-apiece scoreline.

Excitement and suspense were building with proud boxing fans visibly nervous in their seats, frightened that the reputation of their sport was on the verge of being severely dented.

McGregor's strong start in the seventh highlighted his failings. His shots were landing but they were too soft.

Mayweather ended up edging that round but McGregor took the eighth and it was all square again after the Crumlin man's fancy footwork afforded him the room to punish Mayweather with a combo to the body and face.

The same pattern of McGregor beginning rounds well, which mirrored his overall performance, continued in the ninth.

Mayweather's trademark defensive genius allowed him to soak up the pressure and dial up the aggression as the round wore on. 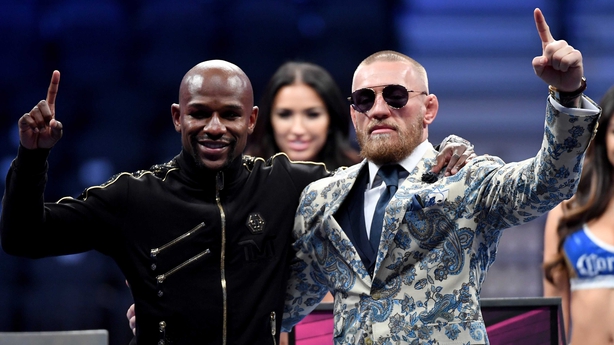 His 29-year-old opponent was peppered on the ropes in the final minute and he was forced into the clinch with Mayweather to earn some respite in his corner.

With the American now 5-4 up the Conor trudged out for the tenth and was outclassed by the man 11 years his senior. Several trips to the ropes in quick succession made it clear Floyd was wearing the Irishman down.

When Floyd's final vicious hits landed, McGregor was still standing and many were annoyed when referee Byrd ended it.

However, even if the fight continued the smart money was on Mayweather doing what he does best: grinding out a points victory.

Mayweather retires with a perfect 50-0 record, his place as the greatest defensive pugilist ever secured.

McGregor said he enjoyed the experience, lauded his opponent's composure on the night and promised a UFC return.

The biggest fight in combat sports history was no disappointment, but it didn't provide fireworks worthy of all the build-up, anticipation and of course all that money. 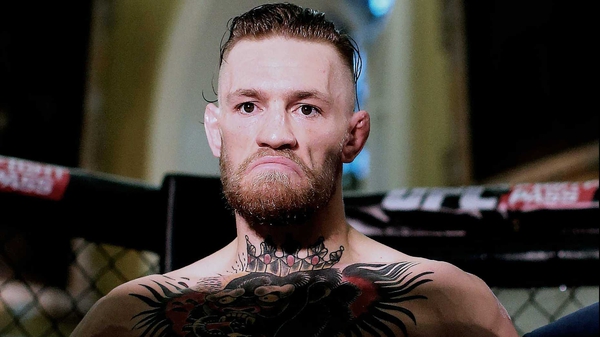 McGregor sailing the 188 all the way to top of world