UFC two-weight champion McGregor takes on the unbeaten American in Las Vegas on Saturday (early Sunday morning Irish time, live blog on RTÉ.ie) hoping to record what would be a stunning victory in his first ever professional boxing bout.

A 50th victory for Mayweather would make him the sole holder of the record for pro boxing's longest undefeated career, which he currently shares with heavyweight legend Rocky Marciano.

Wexford native Walsh, now in charge of the USA's amateur boxers, believes that even though McGregor (29) has youth on his side, he is unlikely to threaten his 40-year-old opponent.

"I have to take my hat off to McGregor. He’s made a $100-million purse for himself out of nothing, not being a boxer, which is phenomenal," Walsh told RTÉ Sport.

"He’s generated this interest in himself and in this showdown. It’s great (to see) as an Irishman.

"You never know what can happen. It’s the fight game and we always say one punch can change everything but I don’t think he’ll touch Mayweather much. He doesn’t have the boxing capability to do that.

"Fair play to him. I got beaten up all my life for free, he might get beaten up for $100 million. I’d take that any day of the week!" 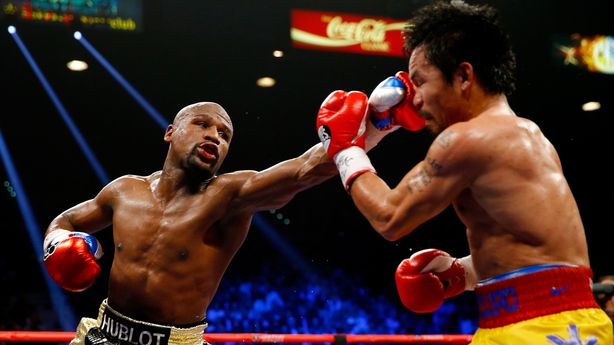 Mayweather's age and tendency to win on points - just over half of his victories have been knockouts - have many observers questioning whether he is capable of stopping McGregor.

Walsh agrees that the American lacks power but suggests his technique is so superior that McGregor is still likely to be overwhelmed.

"Mayweather’s not a big hitter," said Walsh. "He’s a clinician, a technical boxer. He’s not concussive like a Mike Tyson.

"The problem is, when you get in there he has subtleties of movement and feints that the ordinary Joe Soap may not see.

"That stops you from throwing a punch or gets you to a stage where you’re afraid to make a move because he’ll just clip you every time and make you look like a fool.

"With Mayweather, it’s a psychological battle as much as a physical battle."

Billy Walsh is one of 40 experts from nine countries speaking at HPX Conference 2017, which runs from October 6-7 at the Sport Ireland National Sports Campus in Abbotstown. You can find out more about the Ireland Institute conference dealing with lessons learned from high performance here.