Joe Ward marched into the final of the European Championships with a comprehensive unanimous-decision victory over Italy's Valentino Manfredonia.

The win guarantees Ward at least a silver medal from this year's championships in Kharkiv, Ukraine and he will fight Russia's Muslim Gadzhimagomedovin the gold-medal match on Saturday evening (from 4pm Irish time).

Ward is seeking his third European gold after winning the light-heavyweight title in 2011 and 2015.

Ward opened on the front foot, immediately pushing the Italian back with his strong right jab and following up with some big shots over the top with the left.

The shorter Manfredonia found it difficult to get inside the Irish champion and only showed brief moments of ability to suggest he was in the same class as Ward.

Even when the Italian got inside the long reach of Ward, the Irishman was happy to stand and trade with the aggressive Italian.

The opening round ended in a flurry of punches and while the Italian gained a grazed forehead in the process, Manfredonia appeared to injure his right leg, which seemed to bring tears to his eyes.

Ward maintained his dominance in the second round as the game Italian looked for openings and weaknesses in the Moate man’s armour, but the Irish light-heavyweight has looked near flawless all week at this tournament and was never in danger in this bout.

The final round proved a mere formality as Manfredonia bravely fought on with the damaged right leg as Ward eased off the gas to secure a place in the final.

Ward took the contest on all five scorecards, four on a scoreline of 30:27 and one with a landslide 30:25.

In a final show of respect, Manfredonia stood on the ropes to allow Ward exit the ring in the manner of a true champion. 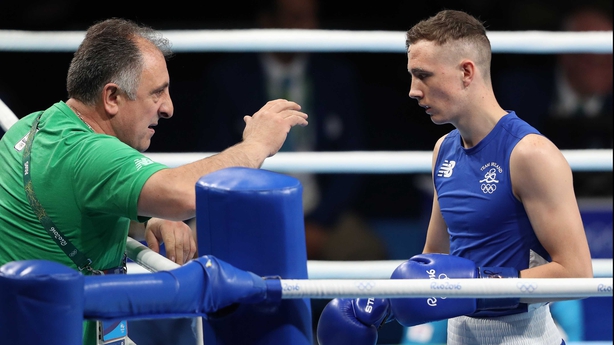 Meanwhile, flyweight Brendan Irvine earlier had to settle for bronze as he was beaten on a unanimous decision by lively English fighter Niall Farrell.

Fighting a taller opponent, Irvine boxed very well off the back foot in the first round and landed three big shots with his right hand.

Farrell, the busier of the two, was looking to create more of a brawl but Irvine did well to stay out of trouble and probably landed the better shots, but may have lacked the quantity of the English fighter.

Irivine came out with a bit more intent in the second round, following some prompting from his corner, but Farrell began to find his range and landed a fine straight jab to halt the advancing Belfast boxer.

Again, Farrell remained the busier of the two and, while not always scoring, proved relentless with his combination tally, which would have impressed the judges.

The third round looked set to turn into a brawl, with both fighters anxious to progress to the final.

But Irvine then opted to remain composed and continued to attempt to out-smart and out-point his opponent, however, it was in vain.

The 5:0 unanimous verdict did not do Irvine’s endeavours justice, however, on closer inspection, four of the five judges called it 29:28, which showed that there was not a huge gulf between the two fighters. 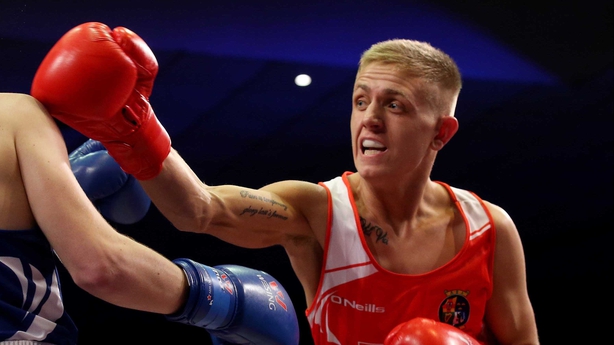 Kurt Walker also had to settle for a bronze medal.

Fighting in the 56kg (bantamweight) category, Walker had been handed a tough draw up against local fighter Mykola Butsenko.

The Lisburn fighter lost via a unanimous points decision against Butsenko, who gained a measure of revenge for the defeat he suffered to John Joe Nevin in the 2013 European Champions final.

Joe Ward is the last remaining Irish boxer and will be hoping to book a place in the final, which would see him upgraded to at least a silver medal.

Ward is due in the ring shortly after 5:00pm.

All three Irish boxers have qualified for the upcoming world championships as a result of their performances in this competition, while Belfast's Sean McComb also booked his place after reaching the quarter-finals in Kharkiv.

Watch all the action live here