The Irish Amateur Boxing Association (IABA) has seen its funding cut by €200,000 after failing to win a medal at the Rio Olympic Games.

It was the biggest loser in today's core funding announcement by Sport Ireland for national governing bodies.

Some of the reduction in funding is explained by the departure of top-level grant recipients Katie Taylor, Michael Conlan and Paddy Barnes to the pro ranks but the number of boxers receiving individual grants has fallen from 14 last year to six in 2017.

World silver medallist Joe Ward is the only boxer to receive the 'podium' level grant of €40,000.

In its review of the games, the IABA has committed to implementing 30 recommendations.

These include allowing the new High Performance Director, who is to be announced next week, to work separately from the role of Head Coach.

Justin Treacy looks at the Rio Games Review where the IABA was the biggest loser among the national governing bodies pic.twitter.com/4vxSOMafEv

Rowing and sailing have been among the big winners.

Their governing bodies have seen increases of €125,000 and €120,000 respectively, after both delivered silver medals last August.

Overall funding from Government hasn't increased and remains at €20m.

Of that overall figure, €1.8m will go directly to athletes under the carding programme, while €7.2m has been allocated to various high performance programmes.

Paralympics Ireland has also seen an increase to €375,000 in funding after its haul of 11 medal in Rio.

"The 'Rio Review' reflects the views of all the key players within Ireland's high performance system,” Chairman of Sport Ireland Kieran Mulvey said.

“The findings and recommendations of the review are fully endorsed by Sport Ireland.

"The document serves as a mandate for the National Governing Bodies (NGB) to fully implement these recommendations, which will improve the high performance system in Ireland. 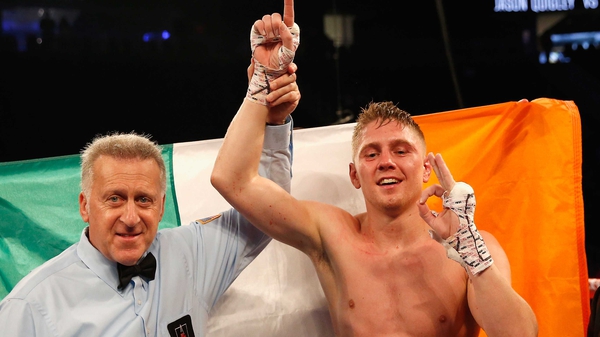