Michael Conlan has revealed Conor McGregor told him he’d be “honoured" to walk the Belfast fighter to the ring for his Paddy’s Day pro debut in New York, and feels "the nation's pride" rests on his shoulders.

The 2012 Olympic bronze medallist will stride out at Madison Square Garden on 17 March against Tim Ibarra for the headline bout, desperate to hit the ground running after heading for the paid ranks in the wake of last summer's controversial Rio Games exit.

Conlan expects his fans to paint the town green with UFC superstar McGregor standing proudly by his side.

"At first I texted Conor McGregor about walking me into the ring," Conlan said.

"He texted 'yes.' Then we met in person and we shook hands on it and he said he would be honoured to walk with me into the ring at Madison Square Garden.

"Ireland is coming to New York City on Friday night and I am eternally grateful for all of the Irish fans who support me. 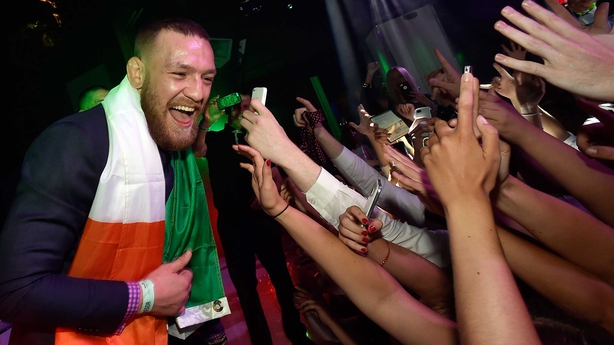 "I want my first fight to be very exciting, to make the trip worthwhile for all of our Irish fans. I love them all. The nation's pride rests on my shoulders."

Conlan was dumped out of the the Olympic Games after losing his bantamweight quarter-final bout to Russian Vladamir Nikitin.

It prompted a furious outburst from the 25-year-old, who declared  "amateur boxing stinks", and he quickly made the decision to turn pro.

"This experience at Madison Square Garden on St Patrick's Day will be something I've never felt before when I get into that ring," he added.

"I would like to spend the rest of my St Patrick's Days fighting at Madison Square Garden each and every year.

"My trainer Manny Robles told me the best gym to train at would be at the Rock in Carson, California, with fighters… world champions like Oscar Valdez and Jessie Magdaleno. Manny was right. I am getting all the training I need there."