A star-studded memorial honoured Muhammad Ali as emotional fans lined the streets of his home city to say a final farewell to "the Greatest".

An estimated 100,000 people attended the funeral procession for the boxing great in Louisville, Kentucky, where chants of "Ali! Ali!" rang out along the 19-mile route.

Hollywood actor Will Smith and former heavyweight boxers Lennox Lewis and Mike Tyson were pallbearers at the funeral, before an inter-faith service was held at the KFC Yum! Centre to celebrate Ali's life.

Some 15,000 free tickets were snapped up for the event, which was attended by celebrities including David Beckham and Arnold Schwarzenegger, and broadcast to millions of viewers around the world.

Speaking at the service, former US president Bill Clinton described Ali as a "universal soldier of our common humanity" who fought heroically against Parkinson's disease.

"I will always think of Muhammad as a truly free man of faith," he told the crowd.

"He refused to be imprisoned by a disease that kept him hamstrung longer than Nelson Mandela was kept in prison in South Africa." 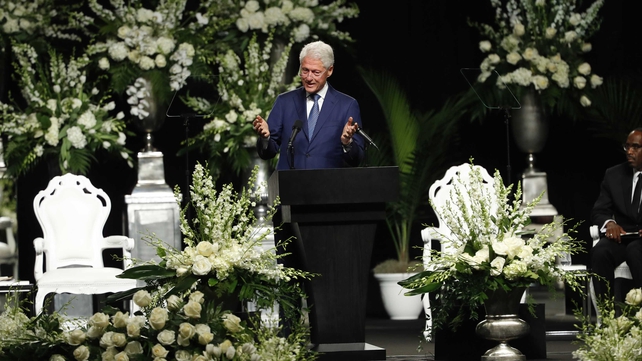 Ali's widow Lonnie told the service her family were "humbled" by the "heartfelt expressions of love" from around the world since her husband's death.

"He did not fear death. He saw the good soul in everyone."

US president Barack Obama sent a letter to be read at the service as he was attending his daughter Malia's high school graduation ceremony.

In the letter, read by White House senior adviser Valerie Jarrett, the president described Ali as "more original and influential than just about anyone of his era".

He said: "His jab knocked some sense into us and pushed us to expand our imagination."

Comedian Billy Crystal prompted laughter from the crowd as he impersonated Ali on stage in a moving tribute.

"Thirty five years after he stopped fighting he is still the champion of the world," Crystal said.

"He was the most perfect athlete you ever saw ... and those were his own words.

"He taught us life is best when we build bridges between us, not walls."

In a direct message to her father, Rasheda said: "You were the greatest father to us. It was God's will to take you home.

Malcolm X's daughter Attallah Shabazz also addressed the service along with a number of religious leaders from different faiths.

"Speak out and refuse to follow the path of conformity."

The three-time world heavyweight champion had been admitted to hospital with a respiratory condition having suffered with Parkinson's disease for 32 years. 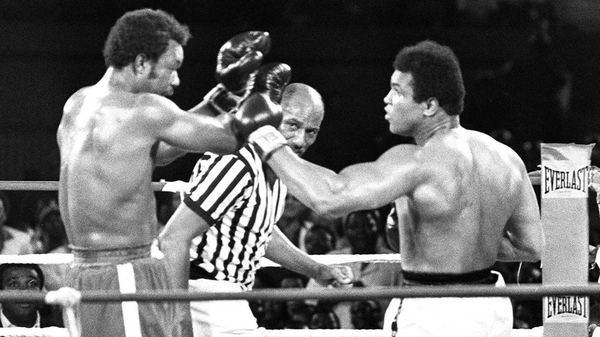