Former WBO middleweight champion and amateur star Andy Lee believes Eric Donovan can conquer the world as the 31-year-old gears up for his professional debut.

The five-time Irish amateur champion will enter the ring for his first pro fight at the National Stadium on Saturday 25 June.

Donovan has appealed to the public to help him find a new nickname - and Lee has an apt suggestion for the powerful Athy man.

"It has to be ‘Ding-Dong Donovan’ for sure," said Lee. "Eric is going to be in some serious battles and he is going to show them all how much he can whack.

"It’s a great move for Eric to turn pro, he has an outstanding record in the amateur ranks and can really make waves as a pro. His seasoning and years of experience at the top level will stand him in good stead, so I think he will surprise a lot of people."

"Eric can definitely win a European title and has all the talent, skill and experience to go all the way and fight for world honours.

Donovan has put his amateur career behind him and is already looking forward to his pro career and matching the world honours earned by friend and former teammate Lee.

"When he lets them go with 8oz gloves on I can’t see anyone standing up to it." - Michael Conlan

Some of his former Irish team-mates have already chipped in with their suggestions.

"Eric has a massive appetite and would eat you out of house and home, every time he goes to Subway he has to order the ‘Footlong’ sandwich so I’ll go with that," laughed the Dubliner.

"It has to be ‘Highlights’, Eric ‘Highlights’ Donovan," said the 24-year-old, currently is preparing for the Rio Olympics. "He loves the blonde tips to his hair!

"But seriously, ‘Dynamite Donovan’ wouldn’t be a bad one. He has wicked power in those hands when he lets them go with 8oz gloves on and I can’t see anyone standing up to it."

Donovan himself fancies a more locally relevant nickname, saying: "I'm proud to be from Athy and Kildare, and I intend to do the both club and county proud as a professional, but if someone could come up with something original, that would be great." 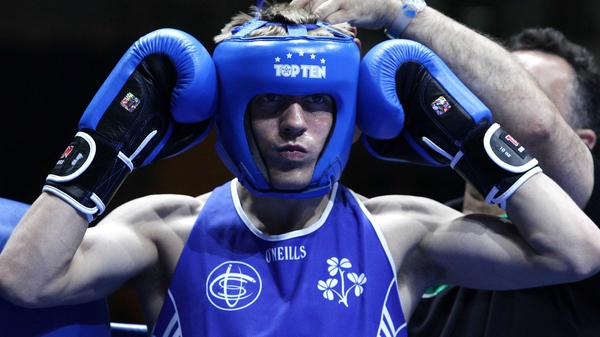 Eric Donovan has world title dream ahead of pro debut