Amir Khan defiantly insisted he was okay while he was taken to hospital as a precaution after his heavy sixth-round knockout defeat by Saul 'Canelo' Alvarez in Las Vegas.

The WBC champion brutally stopped Khan with a huge right hand to make the first successful defence of his title, inflicting the fourth defeat of the 29-year-old's professional career and exposing him as a natural welterweight too small to convincingly compete at the catchweight of 155lbs.

There was little shame in the nature of the defeat for Khan, who impressed with his speed and combinations in the opening five rounds until Alvarez's superior size and strength began to slow him down and leave him vulnerable to the knockout that followed.

Khan said afterwards he expects to return to 147lbs, where he is undefeated and where his domestic rival Kell Brook is the IBF champion, and added on Twitter on his way to hospital: "Im okay everyone. thats boxing for you, congrats to @Canelo monster punch, much love to all the fans! #CaneloKhan"

Im okay everyone 😃 thats boxing for you, congrats to @Canelo monster punch, much love to all the fans! #CaneloKhan pic.twitter.com/oQcqZQrsLl

He hit the canvas so heavily it was instantly obvious the fight was over - the official time was two minutes and 37 seconds of the sixth round - and the 25-year-old Alvarez knelt beside him to check he was okay.

"You want to win by knockout, but you don't want to hurt anybody," the Mexican said. "It was a human reaction to make sure he was okay and I'm glad he appears to be."

Alvarez continued: "It was a little difficult at first, but I knew that I just had to keep to my game plan, and keep feinting, and that's what opened up that (knockout) punch."

Unless Floyd Mayweather unexpectedly remains retired, the richest fight in boxing would be between Alvarez, who in the American's absence has succeeded him as Las Vegas' biggest draw, and WBA and IBF champion Gennady Golovkin, incidentally present at the T-Mobile Arena.

Alvarez had disappointed earlier in the week in dismissing the prospect of fighting Golovkin, should, as was widely expected, he defeat Khan.

But, despite the Kazakhstani puncher's fearsome reputation, he was adamant he wants to fight him next.

"We talked a little bit before (fighting Khan) and are willing to make (Golovkin) an offer.

Harshly for Khan, by some distance the smaller fighter in the ring, only one of the three judges had him leading. Adailaide Byrd had him 48-47 ahead at the point of the stoppage, while Glenn Trowbridge and Glenn Feldman surprisingly had Alvarez respectively leading 49-46 and 48-47.

Asked about the scoring, Alvarez's promoter Oscar De La Hoya said: "I had it even. I was worried.

"(But weight) won't be an issue (making a Golovkin-Alvarez fight).

"Golovkin, where are you? We will call whoever deals with you. Make sure you answer your phone tomorrow."

Khan is not expected to next meet Brook, but the 30-year-old Sheffield fighter indicated he would be up for such a prospect as he took to Twitter to say: "I'm here all British showdown @amirkingkhan" 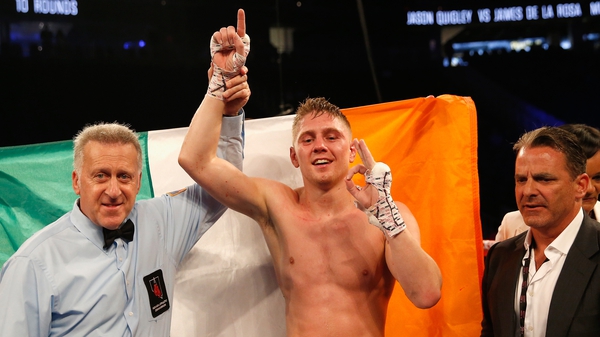