Belfast fighter Irvine suffered a semi-final defeat to Narek Abgaryan of Armenia on Friday, meaning he had to endure a nerve-shredding last-chance-saloon face-off with Asenov.

His opponent made an aggressive start, pinning back Irvine and taking the first round. The 19-year-old responded well, edging the second round before a split decision in the last. Irvine had done enough though to take the bout on points.

"I'm absolutely over the moon," he said afterwards. "It was a very tough fight but we stuck to the plan and it paid off. It's good to have it put to bed and me on the flight to Rio.

"I was more relaxed than I've ever been going into a fight. I stuck to the game plan and kept focused.

"I need to sort my technique and shape out big time so I'll be working on that over the next couple of months."

Joyce fell foul of some questionable judging when suffering a unanimous-decision defeat to Joseph Cordina in their 60kg lightweight semi-final. 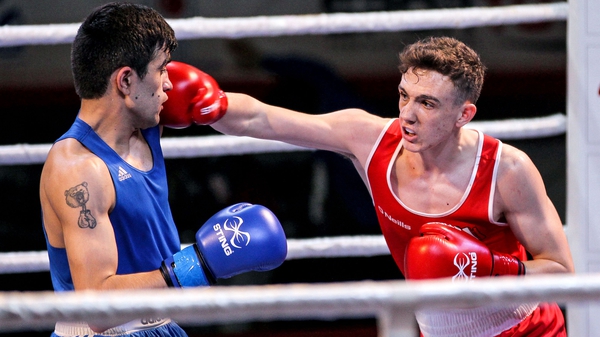