Phil 'The Power' Taylor is a big fan of fight night and is backing Belfast boy Carl Frampton in his showdown with Scott Quigg.

The duo meet in Manchester on Saturday night in a world super-bantamweight title unification bout.

“I think it’s going to be a cracking fight.”

Taylor says that the Jackal is used to dealing with pressure from the crowd from fighting in Ireland.

“Carl Frampton was saying when you box in Ireland, you’ve got to box well. And he was spot on.

“When you box in Ireland you’re under pressure,” he added referring to the reception he received at last week’s Premier League darts in the 3Arena.

While the darts maestro enjoys his boxing, he has yet to embrace the world of MMA.

Asked if he’d ever seen Ireland’s UFC star Conor McGregor, Taylor replied: “No, I haven’t. Is he good?” 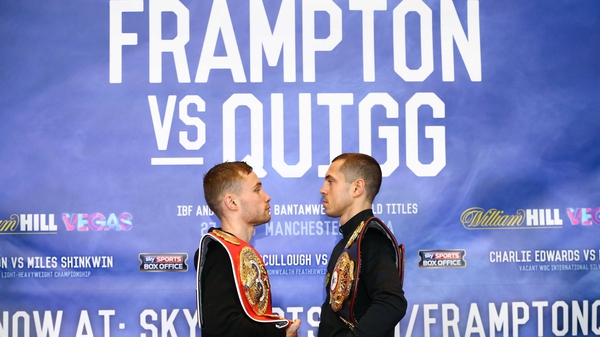