Andy Lee's world title fight with Billy Joe Saunders has been rearranged for a third time, with the pair finally set to meet at the Manchester Arena on Saturday, 19 December.

An initial bout scheduled for Limerick in September was postponed because WBO champion Lee came down with a viral infection.

Then Saunders' cut eye put paid to the second date, with the middleweight title bout due to take place on Saturday night in Manchester.

The two fighters instead announced that a third date has been confirmed, with Lee desperate to make the inaugural defence of the title he won by beating Matt Korobov in December last year.

The Limerick fighter, 31, has fought once this year, a split draw in a non-title bout against unbeaten American Peter Quillin, to bring his record to 34 wins, two defeats and one draw. 24 of those wins have come by knock-out.

He said: "The delay in the fight between me and Saunders has just made me more determined, if that is possible.

"Once I have beaten him on 19 December I can move on in my career and unify the titles.

"My fans have been very patient and I'll give them what they have been waiting for as a Christmas present, beating Saunders and remaining world champion.

"I'm a proud man and I'm prepared to fight tooth and nail to keep my title. Saunders is in for the fight of his life."

Mandatory challenger Saunders, with a record of 22 wins, 12 KOs, and no defeats says the cancellations have made him equally resolute and has promised a knockout victory.

"Like Lee I just want to get in the ring and fight," said the 26-year-old Briton. "We've talked and talked for months, now we just want to fight.

"It's been a long time coming, but it's here now and nobody is going to stop me. This isn't going to be a merry Christmas for him, more like the Nightmare Before Christmas.

"We're both fighting men and one of us isn't going to be standing at the end, and that won't be me." 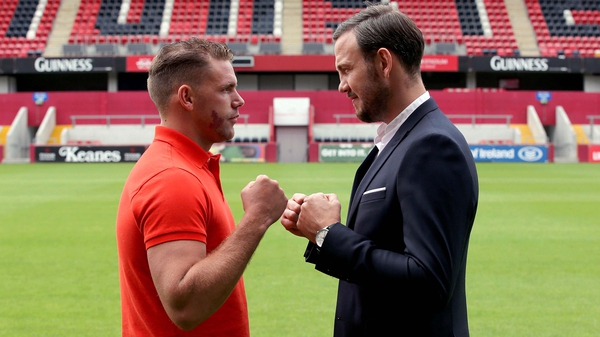