World champion Carl Frampton will not be fighting Scott Quigg this summer, according to the former's manager and promoter Barry McGuigan.

It was hoped Belfast fighter Frampton, the IBF super-bantamweight champion, and Bury boxer Quigg, who holds a portion of the WBA title, would meet in July.

But McGuigan said Quigg's team would not agree on a 60-40 purse split in favour of Frampton and blamed Matchroom promoter Eddie Hearn for the way the talks have collapsed.

"It's sad for the fans because we wanted it to happen," McGuigan told BBC Sport.

"Carl was willing to travel to England to put his title on the line, and when the champion does that he normally gets the majority of the purse.

"Carl is a valid champion. Scott Quigg is the WBA's 'regular' champion, not the real champion, which is [Cuba's] Guillermo Rigondeaux.

"Carl has drawn crowds of 16,000 in Belfast. I don't want to be rude to Scott Quigg, but he's never headlined a show.

Hearn appeared on Sky Sports earlier this month brandishing a £1.5m cheque, which he promised Frampton if he took the unification fight.

But former featherweight world champion McGuigan said: "It was going along fine and then Eddie Hearn said: 'We're going to make you an offer.'

"He did it because he's bullish, he's cocky and he thinks he has control of everything, but he hasn't.

"They weren't willing to play ball. Sorry, but that's just the way it is. We're well on the way to getting another opponent."

Frampton, 28, is unbeaten in 20 professional fights and stopped the American Chris Avalos to retain his IBF belt in March.

Unbeaten Quigg, 26, successfully defended his super-bantamweight title for a fifth time in November with a unanimous points win over Hidenori Otake. 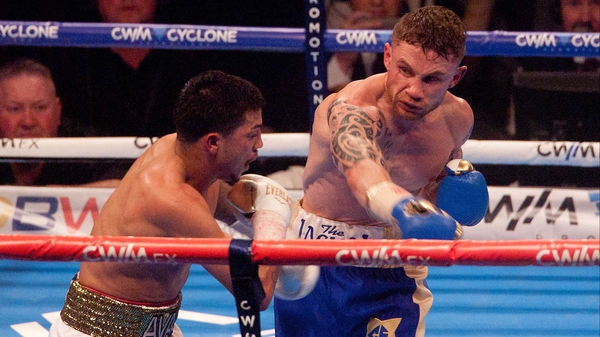