Muhammad Ali has been released from a US hospital where he received follow-up care for a severe urinary tract infection.

It was the boxing great's second hospital stay in the last four weeks.

Ali family spokesman Bob Gunnell said Ali left the undisclosed hospital and is back in one of his homes.

The former heavyweight world champion and his wife, Lonnie, have homes in Arizona, Michigan and in his native Louisville.

Gunnell said Ali is looking forward to celebrating his 73rd birthday tomorrow with family and friends.

Ali was taken to hospital late last month with what initially was believed to be a mild case of pneumonia.

Doctors later determined Ali was suffering from a urinary tract infection, not pneumonia. That hospital stay lasted until last week. 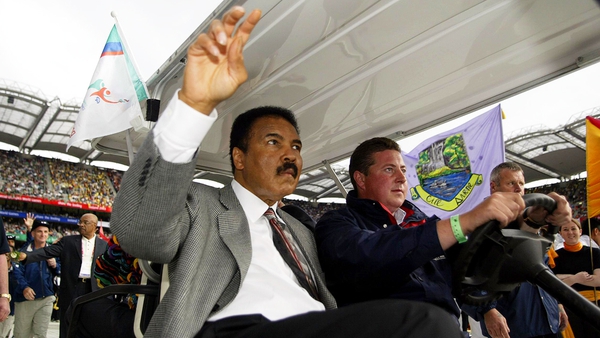 Muhammad Ali back in hospital due to infection