Ballymena welterweight Steven Donnelly took the scalp of Canadian Custio Clayton on a memorable day for Northern Ireland’s boxers at the Commonwealth Games in Glasgow.

Donnelly lost a hotly-contested opening round to the world number eight, but controlled the final two rounds to cause one of the shocks of the night at the SEC.

The Belfast fighter delivered a succession of swift hooks in the second round which forced Keama to take two standing counts.

Two more big shots in the third left the Papuan flailing and handed Barnes his second straight stoppage win of the competition.

Flyweight Walsh enjoyed a commanding points win over Jamaica's Sarah Joy Rae, while Audley-Murphy squeezed through to the middleweight semi-finals on a split decision over Dominican Valerian Spicer. 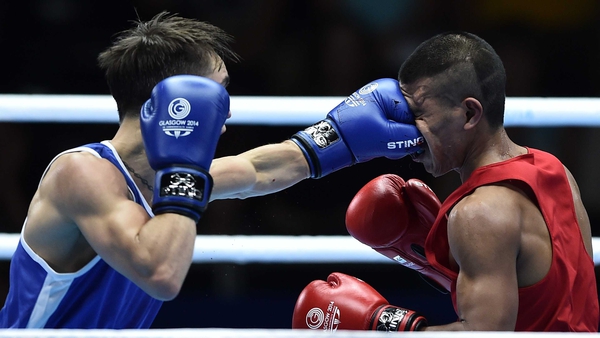 Michael Conlan: I'll throw away anything but gold at Commonwealth Games Other sport