London 2012 bronze medallists Paddy Barnes and Michael Conlan will be in action at the National Elite Championships semi-finals at the National Stadium in Dublin this weekend.

Barnes, who fought at flyweight at the 2013 AIBA World Elite Championships in Kazakhstan, has now dropped back down to light-fly, the limit he won two Olympic bronze medals at. He meets Blaine Dobbins tonight.

Conlan, meanwhile, faces Cork’s Barry Walsh. The winner will cross swords with either Kurt Walker or Tyrone McCullagh in the bantamweight final on 7 March (live on TG4).

Conlan, who is ranked No 2 in the world at bantamweight, claimed the flyweight title last year but has since moved up to bantamweight.

Ray Moylette, a gold medal winner at the 2011 European Elite Championships and Michael Nevin of the Portlaoise BC go head-to-head at light welter.

Lynn McEnery and Maeve Clarke get  proceedings under way this evening.

Thirteen semi-finals will be decided on the night, followed by a further 13 semi-finals on Saturday evening.

Boxing begins at 7pm on both nights.

Tickets are now on sale from the National Stadium office for both finals nights. 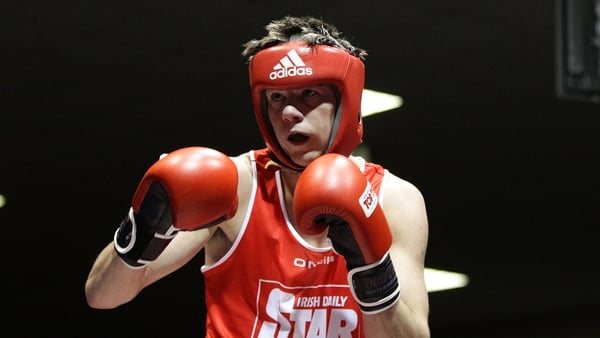 Wins for Declan Geraghty and Gary Sweeney at Nation Stadium