Kazakhstan’s Zanibek Alimkhanuly has beaten Jason Quigley to gold at the World Championship in Almaty.

It was a tentative beginning to the first round for both fighters, but Quigley was caught halfway through with a good left and ended up on the canvas, although the Donegal man was off balance at the time.

All three judges gave the middleweight first round to the Kazakh.

Quigley showed more aggression in the second round and landed some good shots, connecting with a right to the head and left to the body, although Alimkhanuly finished the round strongly and took the verdict 10:9 from all three judges once more.

Quigley had to chase for victory in the third and came out fighting, standing toe-to-toe with the home favourite.

It was a tough contest with both fighters trading blows throughout. However, Alimkhanuly took the victory despite a brave late flurry from Quigley with one judge giving Quigley the verdict this time round.

Quigley couldn't hide his disappointment in the aftermath of the fight.

He said "It is just a shame I couldn't take it a step further. I would have loved to take home gold. I knew before I got in the ring that he was a good lad.

"I know when I go away and look at things I'm going to be happy with how I went. If anybody had said beforehand that I would have won a medal, I would have taken their arms off. 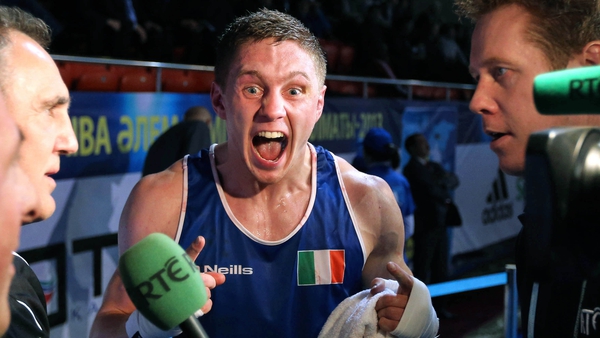