David Haye has rearranged his domestic heavyweight showdown with Tyson Fury for February next year at Manchester's Phones 4u Arena.

The pair were set for their much-hyped grudge match at the same venue this weekend, but Haye was forced to postpone the bout last Saturday after sustaining a bad cut above his left eyebrow which required six stitches.

While there was confusion whether the contest would ever materialise, Haye confirmed in a statement a second date, 8th February, 2014, has been secured.

"News of the date in February is music to my ears," said Haye. "I was absolutely devastated this weekend, and felt as though I'd let a lot of people down. But now, with this new date, I couldn't be happier.

"My fans will still get the chance to see what they all wanted to see this weekend - they'll get to see Tyson Fury sparked out in a spectacular fashion."

Haye sustained the injury during the final sparring session of his training camp ahead of Saturday's postponed showdown and even though the Londoner released an image of the injury, Fury lashed out at his rival.

"There's no excuses ever out of me. You never hear me say excuses. If I had two broken hands I would still go in there and fight on Saturday night," said the Manchester fighter in an interview with Sky Sports.

Yet Haye maintains there was no hidden agenda behind his injury, insisting fortune was against him.

"Sparring eight days before a fight is nothing new or unusual," he said. "I've done this before fights in the past and never had an issue.

"This camp was no different to any other, aside from the fact it ended on an unlucky and sour note." 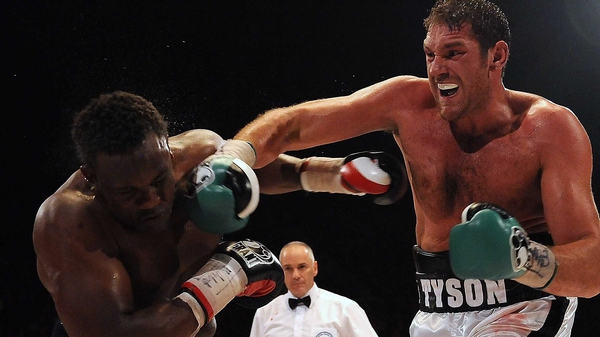 Camp Fury: 'We move on from Haye'