Muhammad Ali, the three-time World Heavyweight Champion, visited Ennis, Co Clare today, where he was conferred as the first Honorary Freeman of the town.

Ennis Town Council hosted a Civic Reception in honour of Mr Ali at 3pm after which the boxing legend embarked on a drive through the town, the birthplace of his great grandfather Abe Grady.

Live music and entertainment was provided by Sharon Shannon, Mundy and the Kilfenora Ceili Band.

Meanwhile, the Council is hosting an exhibition of Muhammad Ali memorabilia at Glor Irish Music Centre along with street entertainment throughout the town.

Commenting on the Civic Reception, Mayor Neylon said: ‘Ennis Town Council is honouring Muhammad Ali in recognition of his ancestral links with Ennis and the county of Clare, his unrivalled sporting achievements on the world stage, and his contribution to educational and charitable causes through his global fundraising foundation.

‘The local community has been eagerly anticipating this day ever since the Town Council first extended an invitation to Muhammad Ali to visit Ennis in 2002. The fact that one of the 20th century’s greatest icons has direct links with the town makes his visit all the more special.'

Ali’s ancestor Abe Grady emigrated from his home on the Turnpike Road in Ennis to the United States in the 1860s. He sailed from Cappa Harbour in Kilrush, Co Clare, eventually settling in Kentucky, where he married an African-American woman.

Their son also married an African-American and one of the daughters of that union was Ali's mother, named Odessa Lee Grady.

She married Cassius Clay, senior, and they settled in Louisville, where their son was initially given his father's name on his birth in 1942.

He later changed his name to Muhammad Ali when he converted to the Nation of Islam after winning the world title in 1964.

Muhammad Ali’s visit to Ireland, which included his attendance at a charity event in Dublin last night, is being organised by Alltech Biotechnology in conjunction with the Alltech Muhammad Ali Center Global Education and Charitable Fund. 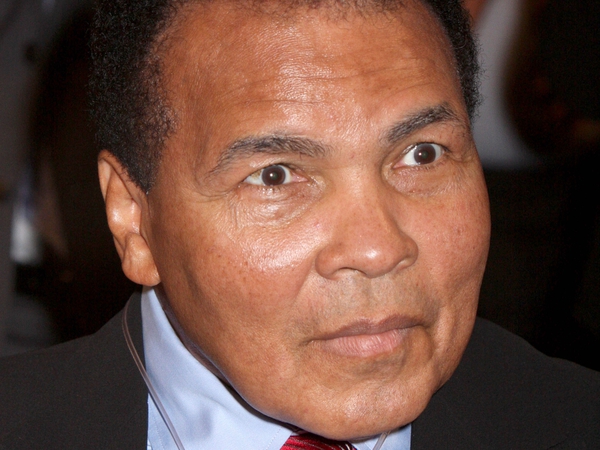