Wladimir Klitschko will face Ruslan Chagaev in Gelsenkirchen later this month after the Uzbek fighter stepped in as a replacement for the injured David Haye.

Haye withdrew on Wednesday but rather than cancel the fight, Klitschko sought a new opponent with all 60,000 tickets already sold for the 20 June date.

Klitschko, who holds the IBF, IBO and WBF heavyweight crowns, will face the WBA champion with the winner collecting the Ring Magazine heavyweight crown, vacant since Vitali Klitschko's retirement in 2005.

Klitschko said in a statement: ‘It is sad that David cannot compete.

‘However, I am looking into the future and forward to fighting against Ruslan.

‘He is WBA Champion, very experienced and a tough challenger.

‘For my preparation, I have to change my sparring partner from orthodox to southpaw.’ 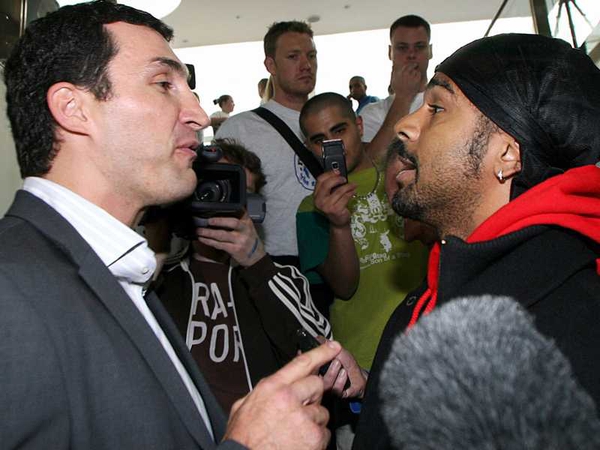 Haye and Klitschko to clash in Germany