Ward, who boxes out of the Moate club in Westmeath where he is coached by Seamus Dorrington, was 16-1 up when the fight was stopped with just six seconds remaining to the final bell.

The reigning Irish champion took the first round 2-0, was 4-0 up at the end of the second, and then added 12 points to his total in the third and final round before Khachatryan was taken into protective custody by the referee 1:54 into the frame after taking his second standing count.

He said: ‘If it was up to me Joe would get the boxer of the tournament award as he's been absolutely brilliant out here all week. He was very patient in the first and second rounds today but when he moved up through the gears in the third he just ran away with it, he was outstanding.’

Today's triumph was Ward's third inside the distance victory in Yerevan this week.

In his four bouts he scored 40 points and conceded just six. 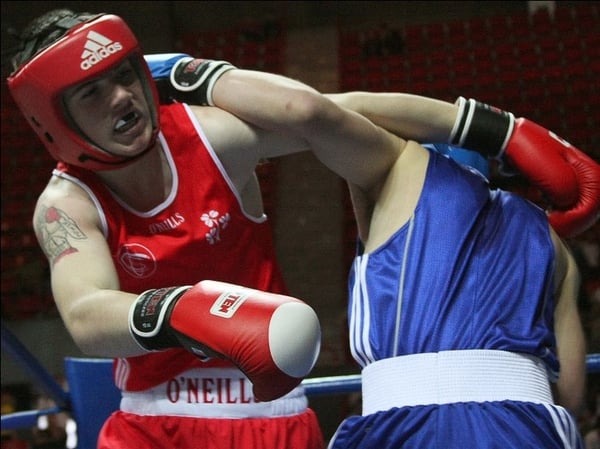