Belfast Star began the defence of their InsureMyVan.ie Super League title with an 83-74 home defeat to UCD Marian at De La Salle, with Aidan Quinn dislocating his knee six minutes before tip-off.

Despite that hammer blow, Belfast Star led 40-37 at the break and had a four-point advantage (60-56) going into the final quarter, before UCD Marian powered home in the fourth quarter.

Srdjan Stojanovic, who joined from Icelandic side Thor AK, top scored with 35 points, followed closely behind by Jonathan Jean, another summer recruit.

Speaking afterwards head coach Adrian Fulton said: "The only thing that matters right now is that Aidan Quinn makes a full recovery. A horrible injury unfortunately. UCD are an excellent team, very well coached and have a lot of talented and experienced players. I was very encouraged by a lot of what I saw from us today despite the loss.

Tradehouse Central Ballincollig impressed on their Super League debut, with a come from behind victory over local rivals C&S Neptune.

C&S Neptune led at the end of each of the opening three quarters, before Kieran O’Sullivan’s men rallied in the final quarter to win 78-69. Milorad Sedlarevic had 24 points, while Andre Nation scored 19 points for the victors.

DBS Éanna and Killester played out a tight contest, which went to overtime with the team’s level at 83 points apiece, before DBS Éanna managed to take the win 94-88.

Their Serbian duo of Stefan Zecevic and Stefan Desnica had 14 points, as did Romonn Nelson. American Kason Harrel impressed for Killester with 23 points.

Garvey’s Tralee Warriors appear to have recruited well, American Aaron Calixte and Croatian Nikola Roso each had 21 points, while Latvian Ronalds Elksnis had 15 points in a 92-78 win over Team 360 Financial Killorglin.

It was a tight contest in Galway, as NUIG Maree edged Moycullen 70-68. Croatian Lovre Tvrdic top scored for NUIG Maree with 18, while American Grant Olsson had 21 points in a losing effort for Moycullen. 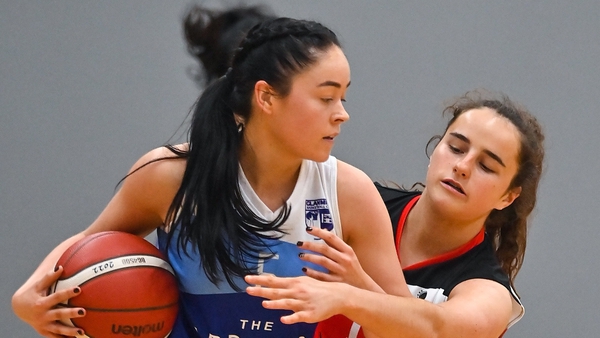