Ireland were beaten 69-59 by Luxembourg in the final of the FIBA European Championship for Small Countries in Nicosia.

Dayna Finn top scored for Ireland with 17 points in Cyprus in a fine individual performance which also included seven blocks, two assists and one steal.

Ireland held an early 7-4 advantage after a Finn driving lay-up - she picked up seven points in total in the first quarter. Luxembourg took command after that in the opening quarter and raced into a 27-15 lead, with Nadia Mossong to the fore with an 11-point personal haul in the quarter.

Ireland reduced the arrears in the final minute of the quarter, thanks to a lovely three-pointer from Edel Thornton, followed by a lay-up by Aine O'Connor, which saw them trail 27-20.

That seemed to rejuvenate Ireland as they continued to fight their way back into the contest in the second quarter. A Finn three-pointer made it 32 points apiece with a little over five minutes gone in the quarter.

Ireland’s defence was far sharper in the second quarter, illustrated by a nice block by Claire Melia which sparked a quick counter finished off by Grainne Dwyer that moved Ireland into the lead, 36-34, with just over four minutes to go in the quarter. The sides traded points and went into the break level at 41-41.

Ireland appeared set to continue their second quarter momentum into the third, a fadeaway jump shot by Fiona O’Dwyer and a Finn lay-up in the opening minute pushed them into a 45-41 lead. However, bar one Michelle Clarke free-throw midway through the quarter, Ireland failed to register any more points, as Luxembourg pulled away to lead 58-46 going into the final quarter.

Ireland continued to battle bravely and outscored their opponents 13-11 in the fourth quarter, but they couldn’t narrow the deficit any further. 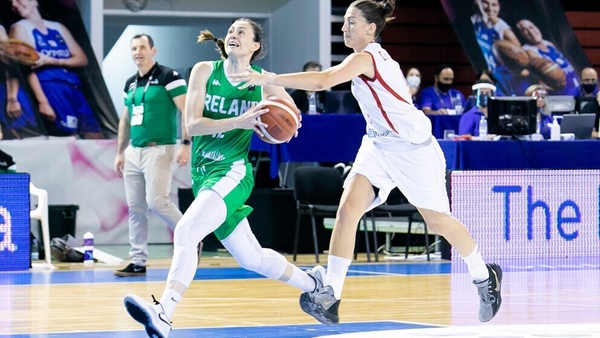