The Dallas Mavericks punished the Los Angeles Clippers 124-73 and set a league record for the largest half-time lead in the shot-clock era.

Dallas went to the break up by 50 points - 77-27 - while Luka Doncic had 24 points, nine rebounds and eight assists in a dominant display against a Clippers side badly missing Kawhi Leonard. 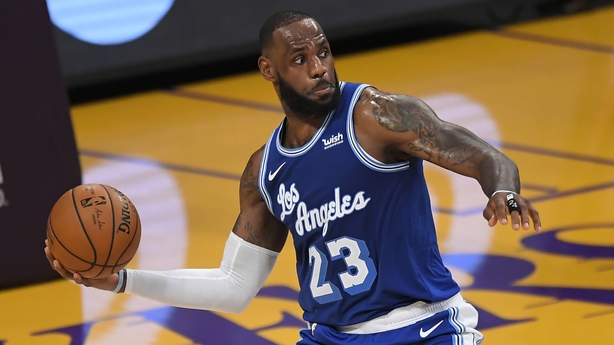 Kyle Kuzma netted 20 points for the first time since early August and led all scorers, while his veteran team-mate LeBron James had 18 points, nine rebounds and five assists.

The New Orleans Pelicans squeaked past the San Antonio Spurs 98-95 after guard Eric Bledsoe blocked a three-point attempt from the Spurs in the dying moments, while Gordon Hayward handed the Brooklyn Nets their first loss of the season as his Charlotte Hornets finished 106-104 victors.

Bradley Beal and Raul Neto combined for 51 points but it was not enough for their Russell Westbrook-less Washington Wizards who fell 120-113 to the Orlando Magic.

The Cleveland Cavaliers notched their third consecutive victory in a 118-94 win over the Philadelphia 76ers, the rebuilding New York Knicks surprised the Milwaukee Bucks 130-110 and the Phoenix Suns went 116-100 over the Sacramento Kings.

A late three-pointer from Damion Lee lifted the Golden State Warriors over the Chicago Bulls 129-128 and the Indiana Pacers closed out a tight affair 108-107 against the Boston Celtics.