The Los Angeles Clippers emerged 130-122 victors after briefly being troubled by the Dallas Mavericks, with the Californians moving to 2-1 in their best-of-seven series.

Dallas emerged with two losses on the night and arguably the more significant was that of Luka Doncic, the Slovenian leaving the game twice following an ankle injury sustained in a collision with Leonard in the paint.

The Toronto Raptors moved to 3-0 over the Brooklyn Nets with an 117-92 trouncing, courtesy of 26 points from Pascal Siakam and another 22 from Fred VanVleet.

The reigning champions can eliminate the Nets with a victory on Sunday.

Centre Rudy Gobert had an impressive first half which included 20 points and 11 rebounds as his Utah Jazz dominated the Denver Nuggets 124-87.

The Frenchman finished with 24 points and 14 rebounds while veteran guard Mike Conley drained seven three-pointers as the Jazz moved to 2-1 in the series. 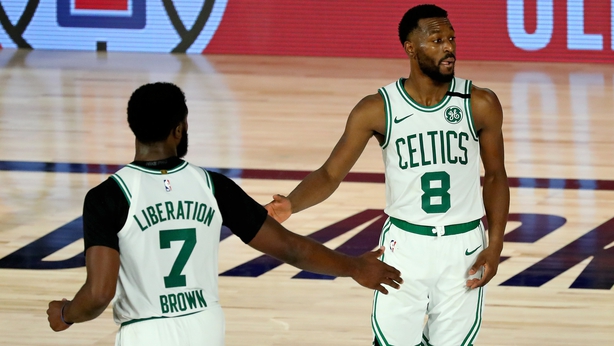 The Philadelphia 76ers are on the brink of elimination after a 102-94 loss to the Boston Celtics.

Joel Embiid had a strong first half and scored 30 before two crucial mistakes - turning over possession and having a shot blocked - at the death ensured his side fell to 3-0.