Horace Grant, who won three NBA championship rings with the Chicago Bulls, wasn't pleased with the way he was portrayed by former teammate Michael Jordan in The Last Dance documentary.

The 10-hour film, which focused on the 1990s Bulls in general and Jordan in particular, has sparked enormous interest and debate worldwide.

In the documentary, Jordan alleged that Grant was the source of Sam Smith's book The Jordan Rules which painted Jordan in an unflattering light.

Grant responded in an interview with Chicago's ESPN 1000 radio. "Lie,lie, lie... If MJ had a grudge with me, let's settle this like men," he said.

"Let's talk about it. Or we can settle it another way. But yet and still, he goes out and puts this lie out that I was the source behind (the book).

"Sam and I have always been great friends. We're still great friends. But the sanctity of that locker room, I would never put anything personal out there. The mere fact that Sam Smith was an investigative reporter. That he had to have two sources, two, to write a book, I guess. Why would MJ just point me out? 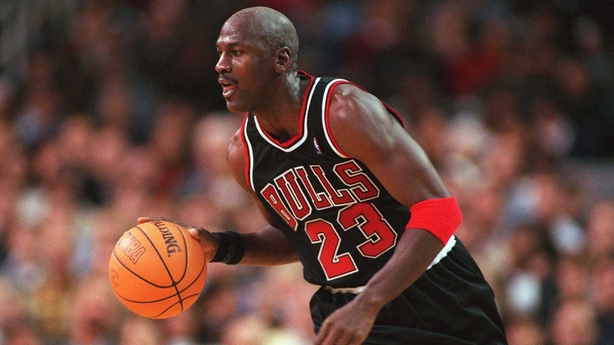 Grant said Jordan has a penchant for holding grudges, pointing out that Jordan is no longer on good terms with former friend Charles Barkley.

"My point is, he said that I was the snitch, but yet and still after 35 years he brings up his rookie year going into one of his teammates' rooms and seeing coke, and weed and women," Grant said. "My point is: why the hell did he want to bring that up? What's that got to do with anything? I mean, if you want to call somebody a snitch, that's a damn snitch right there."

Grant said of his overall assessment of The Last Dance: "(It was) entertaining, but we know, who was there as teammates, that about 90% of it - I don't know if I can say it on air, but BS in terms of the realness of it. It wasn't real - because a lot of things (Jordan) said to some of his teammates, that his teammates went back at him. But all of that was kind of edited out of the documentary, if you want to call it a documentary."

The Last Dance's portrayal of the Bulls' 1993-94 season without Jordan particularly bothered Grant. He was especially upset by the depiction of the famous incident in which Scottie Pippen refused to participate for the last 1.8 seconds of a playoff game against the New York Knicks, reportedly because a play was called up for Toni Kukoc instead of him to shoot.

"I have never seen a quote unquote No 2 guy, as decorated as Scottie Pippen, portrayed so badly," Grant said.

"In terms of the migraine, in terms of the 1.(8) seconds, (Jordan calling him) selfish. I have never seen this in all of my life.

"And the respect of, Pip was out there in Game 6 (of the '98 Finals), could barely walk, getting knocked down on his back. Tried to do whatever he could to help that team. My point is, why was that 1.(8) seconds in the documentary, so-called documentary, about Pip?

"MJ wasn't even on the team. Why was that in there? We handled that that year really well as a team."