The Coolock side have 12 wins to date in the season - enough to earn the trophy despite defeat to Maxol WIT Wildcats at home.

“The best team is the one that brings home the most trophies but this means a lot to the players and the club and we’re delighted to be hanging another banner from the rafters.”

The result guarantees the Cork side an away quarter-final in the post-season.

Templeogue returned to winning ways and the top of the Men’s Premier League, beating Belfast Star 81-63. January’s Player of the Month Michael Bonaparte finished with 31 points.

“It’s made our season to be honest,” said Eanna’s Ciaran MacEvilly.

“The main thing is that we’re in it for the long term, but when you start losing 10 games in row you become desperate for a win.”

Pyrobel Killester are closer to a place in the post-season Champions Trophy thanks to a 68-65 win at home to UCD Marian.

Coach Brian O’Malley drew up a game winning play for Paul Dick to finish in style with 17 seconds left.

“We have high standards and we like to live up to them,” said O’Malley.

“Ultimately the character and strength of the guys in the room meant we were able to come out on top." 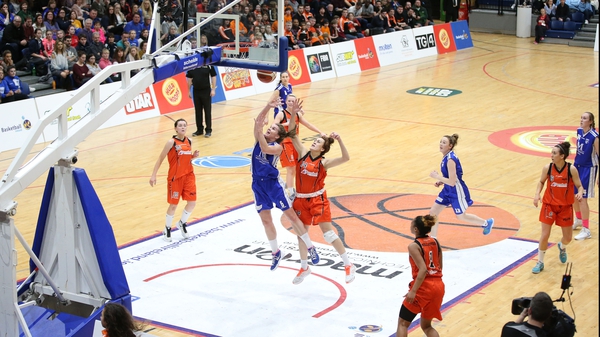