The National Basketball Arena will host one of the key ties of the weekend as Killester take on UCD Marian in the Men’s Premier League.

Killester are still without injured trio Michael Westbrooks, Kieran O’Brien and Ger Reid but the league champions did open their account with a 51-76 win over DCU Saints.

Jermaine Turner’s game-high 25 points were crucial but it was in defence that Killester excelled. UCD head coach Ioannis Liapakis is looking to bring his team in a similar direction.

“If we keep Killester to 70 points, we’ll definitely have a chance to steal the game. We want to be a physical team who win games through defence. Offence can give you games but defence can give you trophies,” he said.

The fixture is part of a double header that will be streamed live on Basketball Ireland’s website.

Dublin Inter are up first in the Arena when they host B.F.G Neptune.

Inter trailed UCD Marian for 36 minutes in Round 1 but five successive three-pointers got them the late win in Belfield.

It’s a new-look Dublin Inter for this season as 6’9” centre Irmantas Griksas returns to counter the loss of Mindaugas Tamusauskas to a professional contract in Lithuania. Point guard Barry Ryan feels that Dublin Inter’s off-season recruitment will serve them well.

“We feel that we have a bit more depth than last year. That should add a bit more dimension to our game than we’ve had in the past,” he said.

“We owe Dublin Inter a good performance after they beat us in the semi-final of the cup last year. I think the double headers are a good idea. It’s about bringing the game back to where it needs to be,” said Noonan.

Templeogue are sweating on the fitness of Jason Killeen ahead of Saturday evening’s clash with DCU Saints at the Oblate Hall.

The centre injured his knee less than 24 hours ahead of his league debut for Templeogue and struggled to get off the ground throughout the defeat to Travelodge Swords Thunder. Head coach Mark Keenan believes his young side can only improve.

He said: “I think the nerves are out of our system at this stage. The home crowd and the atmosphere should help us settle a bit quicker. DCU will be gunning to get off the mark too so it should be a good game.”

Maxol WIT Wildcats will look to make it back-to-back wins in the Women’s Premier league when they host Singleton Supervalu Brunell on Saturday evening.

Wildcats are implementing a rotation policy to give minutes to the whole squad across the campaign while the American duo of Diara Moore and Olivia Applewhite impressed in the opening day win over UL Huskies.

Huskies coach Davy Keogh believes his side learned from that defeat and will go toe-to-toe with Killester at the UL Arena on Saturday.

“A lot of the girls that stepped up have been playing college basketball and have played against the likes of Mimi Clarke.

"We’ve been trying to drive home that it’s simply a new setting – they’ve competed against these girls and they can go out and do it again this week,” he said. 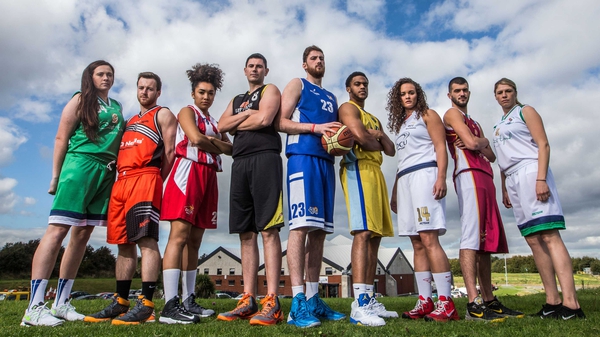