LeBron James was in unplayable form as he scored a career-high 61 points to lead the Miami Heat to a 124-107 victory over the Charlotte Bobcats.

James made 22 of his 33 attempts from the field and sank his first eight shots from three-point range on an amazing night, beating his previous career best of 56 points for Cleveland against Toronto in 2005.

Al Jefferson had a huge night with 38 points and 19 rebounds for the Bobcats, but it went almost entirely unnoticed as King James reigned supreme.

Deron Williams had 20 points and Joe Johnson 19 for the Brooklyn Nets, who won their third straight game and gave a home debut to Jason Collins in a 96-80 win over the Chicago Bulls.

Collins, who became the NBA's first openly gay player when he signed for Brooklyn on a 10-day contract, came off the bench for the final minutes of the game, having joined the team during a long road trip.

Collins' contract expires on Tuesday but he is expected to sign a new deal.

It was a third straight win for Brooklyn, while Chicago saw a four-game streak ended.

Kevin Love recorded his 50th double-double of the season with 33 points and 19 rebounds as the Minnesota Timberwolves edged out the Denver Nuggets 132-128.

Ty Lawson had 31 points with 11 assists in his first game for Minnesota since February 8.

Wesley Johnson made a game-winning alley-oop with 6.4 seconds left as the Los Angeles Lakers pipped the Portland Trail Blazers 107-106.

The Washington Wizards saw their six-game winning streak come to a close as they went down 110-104 to the Memphis Grizzlies.
Tayshaun Prince had a season-high 21 points, with Zach Randolph adding 16 and 10 rebounds.

Carmelo Anthony had 28 points for the Knicks, who led by 14 in the first quarter before allowing Detroit to come back.

DeMarcus Cousins scored 23 points and Isaiah Thomas added 22 for the Sacramento Kings in a 96-89 win over the New Orleans Pelicans.

Ersan Ilyasova's 31 points led the Milwaukee Bucks to a 114-88 rout of the Utah Jazz. 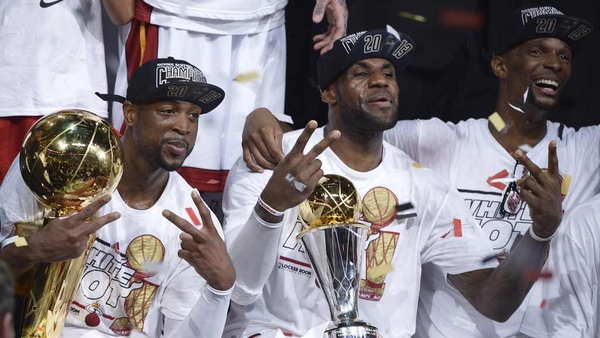