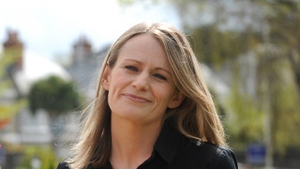 A number of criteria have been identified as key priorities for 2023 - diversity and inclusion, improved governance and greater gender balance.

NGBs are required to achieve a minimum of 40% female representation on their boards by the end of 2023.

A 15% reduction in the IABA's core funding for 2022 has been implemented.

Paul McDermott, Director of High Performance & National Governing Bodies with Sport Ireland said there is ongoing dialogue with IABA and that proposals from them on governance reforms were expected in the coming weeks.

On 11 July, Minister for Sport Jack Chambers confirmed that all State funding for boxing would be cut - with the exception of money earmarked for athletes in the High Performance Unit - after IABA members voted overwhelmingly to reject proposed governance reforms at their EGM in Roscommon.

The chief executive of Sport Ireland, Dr Una May, also said that the organisation is working to provide guidance to the sector on the participation of transgender athletes in sport.

Dr May said: "We did put out a request for tenders [for expert advice] last month, I suppose a demonstration of the complexity of this area is the fact that we received no tenders. It's a very very difficult area and what we want to do is provide support and guidance where we can but acknowledge that international federations are the ones who set the rules for sport generally."

She added that Sport Ireland hoped to be able to provide governing bodies here with supports to implement the guidance of their international federations.