Ireland's mixed relay team finished eighth in the final of the 4x400m at the World Athletics Championships in Eugene, Oregon.

The quartet made up of Christopher O'Donnell, Sophie Becker, Jack Raftery and Sharlene Mawdsley finished in a time of 3:16.86 from lane five, with Dominican Republic, Netherlands and the United States' teams taking the top three places on the podium. The Dominicans won in a time of 3:09.82.

Ireland had made the final after finishing an impressive second in their heat with Rhasidat Adeleke in the team and running a stunning last leg.

But she was unable to take part in the final having been ill following that earlier heat according to Athletics Ireland and Mawdsley was brought in to take her place. 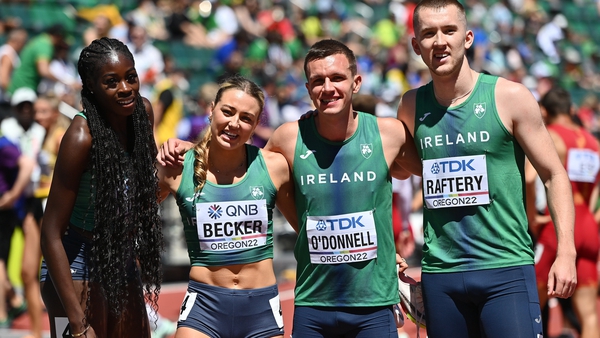