Arthur Lanigan-O'Keeffe’s dream of competing in a third Olympic Games this summer suffered a major setback as he was forced to withdraw from the UIPM 2021 Pentathlon World Cup final in Hungary.

Lanigan-O’Keeffe, 29, ranked 15th in swimming today having earned 21st place in the fencing ranking round on Thursday, but he pulled out before the fencing bonus round after suffering the recurrence of an injury.

The Kilkenny pentathlete – a former European champion and Pentathlon World Cup gold medallist who finished eighth at the Rio 2016 Olympics – now has only one remaining opportunity to qualify for the rescheduled Tokyo 2020 Games.

Lanigan-O'Keeffe will have to achieve a high finish at the UIPM 2021 Pentathlon World Championships in Cairo in June, where three automatic quota places are on offer to individual medallists.

Pentathlon Ireland Performance Director Martina McCarthy said: "Arthur had to withdraw today due to an injury he was carrying into the competition. He had hoped he would be able to finish the competition strongly but unfortunately the fencing exacerbated the injury and forced him into withdrawing.

"He is very disappointed and will go home and work tirelessly to try and resolve the issue before the World Championships."

Lanigan-O’Keeffe’s injury brings to an end Ireland’s interest in the World Cup final, where he and fiancée Natalya Coyle won consecutive Mixed Relay gold medals in 2016 and 2017. 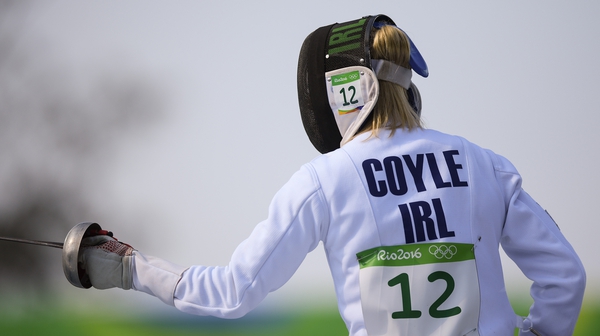