Nadia Power continued her blistering end-of-season form by running her second fastest time over 800m to claim victory at the Continental Tour Gold meeting in Zagreb this evening.

Eight days after setting a personal best and a new Irish U-23 record in Italy, the DCU student ran a superb time of two minutes 2.08 seconds, finishing with more than half a second to spare over Sweden's Hanna Hermansson.

Power, an U-23 European medallist in 2019, was 0.31secs outside of her time posted last week which broke the Irish U-23 record that had been held by Aoife Byrne since 2001. Her third-fastest time over the distance was sandwiched between the two races, at the PTS Meeting in Slovakia on Friday.

Elsewhere on the night, Thomas Barr found form in an interrupted year to register his season's best in the 400m hurdles. 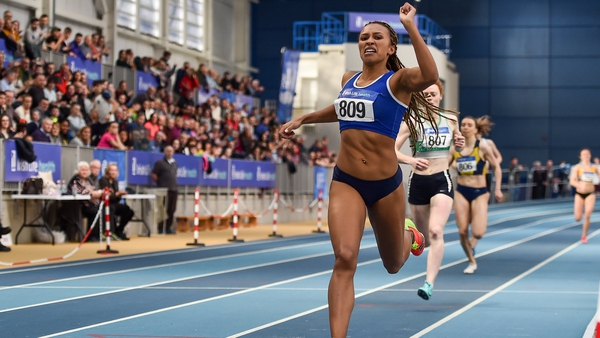