In one of the most dramatic races in the long unbroken history of the Irish Life Health National Track and Field Championships, Paul Robinson won the men's 1500 metres final by diving across the line to claim the gold medal.

Sean Tobin’s bold, strong running tactics of taking a 40-metre lead by mid-race looked decisive in difficult blustery conditions in Santry but Robinson reeled him in by the final lap.

But when they duelled for the lead with 50 metres to go, Robinson faltered momentarily in his dash for the line and needed a desperate surge to take him to victory by a mere .02 of second from the Clonmel athlete.

Earlier Ireland’s fastest woman Phil Healy (below, centre) took the first leg of what she hopes will be a sprint double at these championships by winning a tough 100 metres title into the wind in 11.71, while UCD’s Stephen Gaffney was also a clear-cut winner of the men's 100 metres in 10.63. 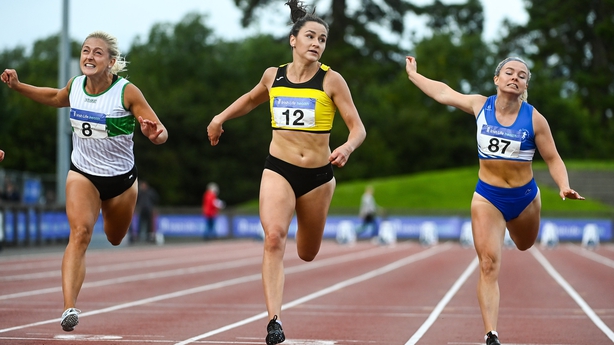 The evening session of finals began with victory for 19-year-old UCD athlete Darragh McElhinney, the bronze medallist in last year’s European Junior 5000 metres, who got the better of Donore’s John Travers in a classic home-straight duel, winning in 13 minutes 56 seconds.

A close women’s 400 metres saw Sophie Becker just prevail over West Muskerry’s Grainne Moynihan in 54.06, while Christopher O’Donnell won the men’s 400 in 47.12 in a similarly close duel with Andrew Mellon. 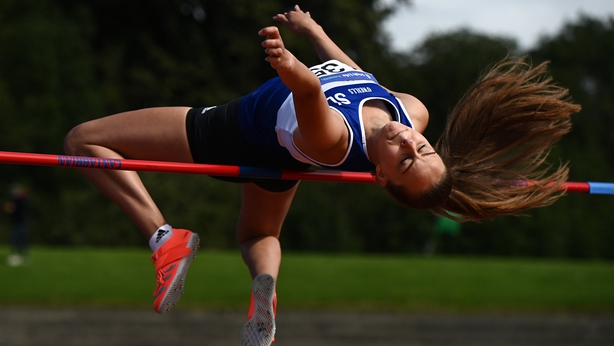 In the field events, there were golds for high jumpers David Cussen and Sommer Lecky (above), while Stephen Rice and Irish heptathlon record holder Kate O’Connor took the javelin titles.