Ciara Mageean could set a third Irish record in the space of a month when she competes in the 1500m at the Stockholm Diamond League on Sunday (3.55pm Irish time).

The Portaferry athlete forms part of a high-quality line-up that includes European champion Laura Muir, who finished 0.26 seconds ahead of Mageean to take second place at last weekend's 1000m in Monaco. 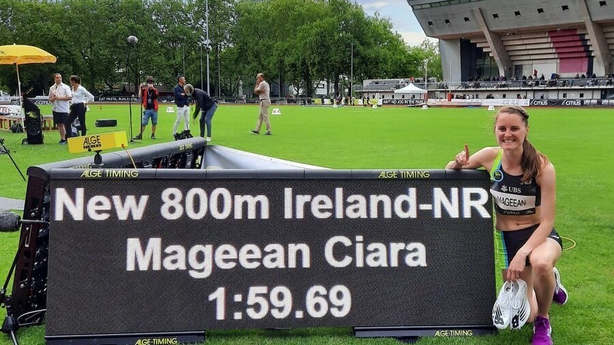 In January, Mageean broke the 1500m indoor national record at the Indoor Grand Prix in Boston.

"It's definitely part of my dreams in my career to hopefully put myself on that list of Irish records and get one that stands for a while," she said.