Joe Cooper laughs heartily recalling a conversation he had with a member of Athletics Ireland last week about Efrem Gidey days before his bronze-winning exploits at the European Cross Country Championships in Lisbon.

Right up until the last minute there was still an element of doubt over the promising runner's participation due to visa issues.

The teenager - who fled Eritrea with his family in 2016, spent six months at a refugee camp in Calais in northern France before arriving in Dublin in March 2017 - was subsequently a late addition to the Ireland team for the European Cross Country Championships.

Hopes were high Gidey would perform well in the men’s Under-20 event, but Athletics Ireland's primary concern was how a shy and reserved teenager would handle the trip if travelling by himself.

"I said if you can make your way to Calais from Eritrea, you can negotiate an airport," the Clonliffe Harriers club captain told RTÉ Sport.

He also negotiated the Lisbon track with aplomb, keeping pace with the blistering start to finish third and help the Irish team to a fourth-place finish overall.

"I'm so happy, I don’t believe it," he said afterwards. "It’s just amazing. It was very fast at the start and a little bit hard, but my body is very strong."

'Amazing' could well be a word to describe Gidey's journey to date. From northeast Africa, via a short-term stint in France, the family ended up in Tyrrellstown two years ago.

Cooper fields calls on a regular basis from prospective new members looking to join Clonliffe Harriers, and soon the club would have its first Eritrean representative.

"He was nothing out of the ordinary starting off," Cooper says.

Diligent and hard-working yes, but the real talent was yet to come to the surface. Considering he arrived without a word of English and was also finding his feet in school, the fact that his running ability was not immediately obvious is understandable.

Last summer however, his form made people sit up and take notice.

Gidey joined in with a training group that included Sean O’Leary, one of the Clonliffe's leading cross-country runners. As the session progressed, he started getting closer to the pace maker, all under Cooper's watchful eye.

"On the last few laps, he caught him. I said to myself, 'I’ll be expecting things from this fella’."

A week later he won the Irish Schools Cross Country in Waterford, getting the better of O’Leary and the pre-race favourite Darragh McEIlhinney.

"Everything seemed to snowball from there," Cooper says.

In May 2018 he lapped the entire field en route to winning the Leinster championship senior boys 5000m race. Twelve months later he claimed the senior men’s 5000m race with a new national record time of 14:34.22. 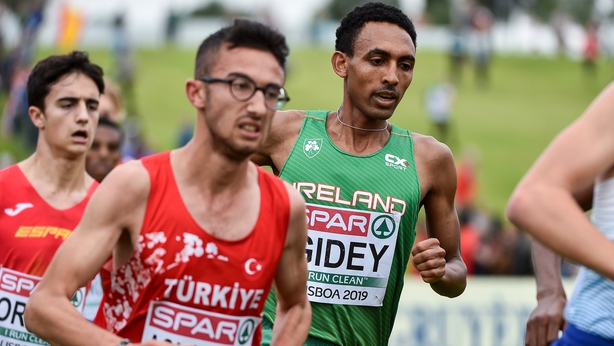 Cooper decided to pitch him into the Dublin Senior Cross Country this winter, a race he duly won, before competing in the National Cross Country last month in Abbotstown.

"He ran reasonably well and finished ninth, which is great for a junior. If the course had been firmer, I think he could have pushed for a top three finish."

His call-up to the Ireland squad was "great for the club, but great for Ireland says Cooper, though he himself couldn’t make the trip to Lisbon.

He's a very quiet lad, so easy going, but a treat for any coach

Poor health – "don’t worry, I’m not dying or anything like that" - meant he followed the action on TV and was delighted to see the unassuming teenager, who overcame his own illness last week, make a mark on his international debut.

"He’s a very quiet lad, so easy going, but a treat for any coach. In Western society, we are not always tuned in. There are so many distractions.

"With Efrem, there doesn’t seem to be many distractions," with Cooper proudly adding the club will be hosting a special reception for Gidey on Thursday to mark his European medal.

Gidey’s improbable journey still has a long way to go. 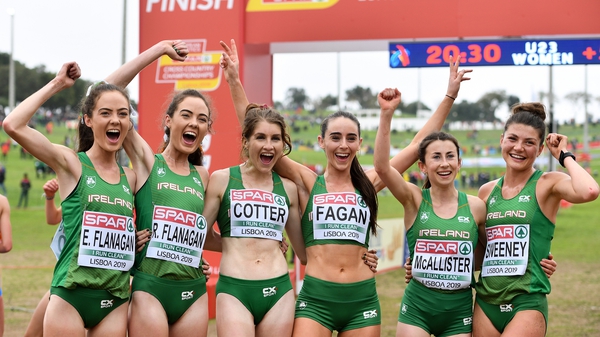 McCormack fourth in Lisbon but medal success for Irish