Athletics world governing body the IAAF will bid to quickly overturn the court order which means Caster Semenya can temporarily continue to compete in the 800 metres without taking hormone-suppressing drugs.

The Swiss Federal Tribunal (SFT) has ordered the IAAF to suspend the implementation of its controversial eligibility regulations for the South African while her appeal against them is pending.

The double Olympic 800m champion had appealed against the Court of Arbitration for Sport (CAS) ruling which approved the introduction by the IAAF of a new testosterone limit for female athletes who want to compete internationally between 400m and a mile.

The IAAF said the order applied only to Semenya and did not cover any other athletes with so-called Disorders of sex development (DSD).

It said in a statement on Tuesday: "The IAAF will seek a swift reversion of the superprovisional order moving forwards so that the DSD regulations apply to all affected athletes in order (among other things) to avoid serious confusion amongst athletes and event organisers and to protect the integrity of the sport.

"In due course, the IAAF will defend its DSD regulations and the CAS award in the appeal proceedings before the SFT."

The IAAF said the order was currently scheduled to remain in force only until 25 June, the deadline the governing body has been given to respond to Semenya's case.

It also explained that the SFT decision was 'ex parte', meaning it was requested and issued without the IAAF's knowledge, and the governing body did not receive the order until Tuesday.

It added: "The IAAF fully respects each individual's personal dignity and supports the social movement to have people accepted in society based on their chosen legal sex and/or gender identity.

"However, the IAAF is convinced there are some contexts, sport being one of them, where biology has to trump identity.

"The IAAF also believes the right to participate in sport does not translate to a right to self-identify into a competition category or an event, or to insist on inclusion in a preferred event, or to win in a particular event, without regard to the legitimate rules of the sport or the criteria for entry.

"It is legitimate for all sport in general, and for the IAAF in particular, to create a protected category for females and to base eligibility for this category on biology and not on gender identity."

Under the IAAF's rules for intersex athletes, Semenya and other athletes with similar genetic conditions would have to take testosterone-suppressing medication if they wanted to race over distances from 400m to the mile.

Semenya has already ruled out taking the drugs.

She said in the wake of the court order: "I am thankful to the Swiss judges for this decision. I hope that following my appeal I will once again be able to run free."

Her next scheduled race is over 3,000m - currently not one of the IAAF's restricted events - at the Prefontaine Classic in Oregon on 30 June. 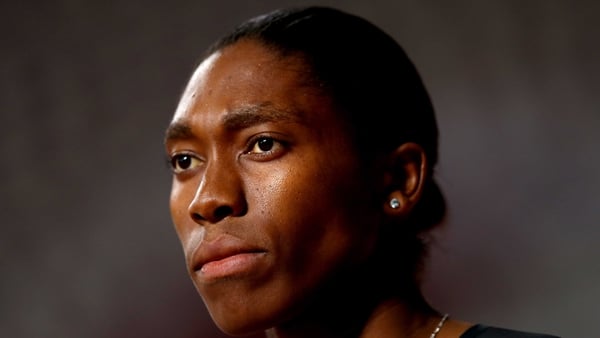