Caster Semenya insists she will not be slowed down or held back after losing her legal battle with athletics' world governing body the IAAF over its controversial eligibility rules concerning testosterone levels in female runners.

The Court of Arbitration for Sport ruled on Wednesday that the regulations restricting testosterone levels in female athletes in selected events, were "discriminatory" but "necessary".

As a result, two-time Olympic 800m champion Semenya will have to take testosterone-suppressing medication.

The IAAF has given her, and other athletes with naturally-occurring high levels of testosterone, a week to reduce their levels of the hormone to within the required limit if she wants to be eligible to defend her world title in Doha in October.

Semenya said in a statement: "I know that the IAAF's regulations have always targeted me specifically.
"For a decade the IAAF has tried to slow me down, but this has actually made me stronger.

"The decision of the CAS will not hold me back. I will once again rise above and continue to inspire young women and athletes in South Africa and around the world."

Semenya is considering whether to appeal against the decision.

A statement issued on her behalf said "her unique genetic gift should be celebrated, not regulated". It added that she believes the regulations will be overturned.

The 28-year-old, who has one of the various genetic conditions collectively known as differences or disorders of sex development (DSD), and Athletics South Africa had launched a legal challenge to the rules, which concern athletes competing in events from the 400m to the mile, claiming they were unlawful.

But CAS said in a statement: "By majority, the CAS panel has dismissed the requests for arbitration considering that the claimants were unable to establish that the DSD regulations were 'invalid'.

"The panel found that the DSD regulations are discriminatory, but the majority of the panel found that, on the basis of the evidence submitted by the parties, such discrimination is a necessary, reasonable and proportionate means of achieving the IAAF's aim of preserving the integrity of female athletics in the restricted events."

Semenya has been the subject of intense scrutiny ever since she burst onto the scene at the 2009 World Championships in Berlin, where she won the first of her three world titles.

Aged just 18, she achieved that feat despite the emotional strain caused by international media speculation about a gender verification test following complaints from rivals about her muscular build.

However, despite the award in favour of the IAAF, CAS said its panel "expressed some serious concerns as to the future practical application" of the DSD regulations.

CAS said that its decision could "change in the future unless constant attention is paid to the fairness of how the regulations are implemented".

The panel "expressed its concern as to an athlete's potential inability to remain in compliance with the DSD regulations in periods of full compliance with treatment protocols, and, more specifically, the resulting consequences of unintentional non-compliance".

It also suggested the IAAF "consider deferring the application of the DSD regulations" to the 1500m and mile because of the current lack of "concrete evidence of actual (in contrast to theoretical) significant athletic advantage" in these events.

And it added "the side effects of hormonal treatment, experienced by individual athletes could, with further evidence, demonstrate the practical impossibility of compliance which could, in turn, lead to
a different conclusion as to the proportionality of the DSD regulations".

The IAAF said it was "grateful" to CAS for its judgement and was "pleased" its regulations had been upheld.
It said the regulations would be coming into effect on May 8.

As a result, affected athletes hoping to be eligible for the World Championships, have a week to reduce testosterone levels to within the regulation levels, so, the IAAF said, they  "are encouraged to initiate their suppressive treatment as soon as possible".

The regulations require athletes to reduce their testosterone levels to below 5 nmol/L for a continuous period of at least six months prior to competition.

But the IAAF said that, because of the delay in implementing the rules caused by Semenya's legal challenge, it will accept affected athletes who comply with the limit starting on or before May 8 as eligible.

Semenya, though, believes it is "irresponsible" for the IAAF to implement the regulations.

She wants the governing body to "to commission a team of fully independent experts to produce an unbiased assessment of the need for and methods of regulation before implementing what she believes are harmful rules that will negatively impact the well-being of athletes around the world". 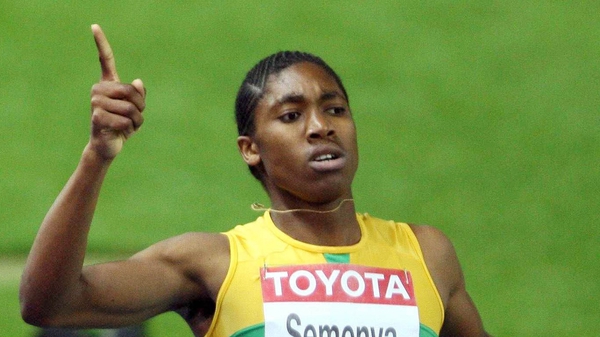 CAS to announce verdict on Semenya's challenge to IAAF decision