Thomas Barr is through to the final of the 400m hurdles final at the European Championships in Berlin after a strong finish enabled him to finish second in a time of 49.10.

The race was won by Turkey's Yasmani Copello, the bronze medalist in the event at the Rio Olympics.

Barr, noted for his strong finish, left himself under some pressure, slipping back to 4th place around the final bend, before a powerful final 100m enabled to qualify for Thursday's final.

Speaking to David Gillick on RTÉ Sport, Barr admitted he felt nervous at the outset and said he had to run a faster first 200m tomorrow.

"I probably went out a little bit too relaxed on the back straight and on the top bend and I did leave myself a little bit of work on the home straight but I knew I had that strength there and I used it," he said.

"It wasn't a fantastic time - I was hoping to dip under 49s - but it was a good controlled run."

Phil Healy upbeat after her performance in the European 100m semi-final pic.twitter.com/yP0Gjz57Rw

Phil Healy missed out on a place in the 100m final after finishing seventh in her semi-final in a time of 11.46.

Cork woman Healy was encouraged by her performance however, and is targeting a showing in her preferred 200m on Friday.

"I'm happy with the performance," she told RTÉ Sport. "I'm looking forward to coming back out here Friday.

"A European semi-final is further than I've ever got before with the 100, so it's just a confidence boost. The speed is there."

Brendan Boyce revealed he was diagnosed with a stress fracture in his leg just nine weeks ago after finishing 19th in the 50km walk as temperatures above 30c took their toll in the second half of the race.

The Donegal man was in the leading pack for the first half of the course and was second at the 26km mark.

He was fifth at the 34km point but slipped backwards as the race proceeded and eventually finished almost 15 minutes behind the medal winners in 4:02:14.

The race was won by Ukraine's Maryan Zakalnystskyy, who was 55 seconds ahead of Olympic champion Matej Toth. Belarusian Dzmitry Dziubbin took bronze.

"That was traumatic," he told RTÉ Sport afterwards.

"I've had a lot of problems all summer and i wanted to take something positive out of the race. I just said, 'I'll go as hard as I can for as long as I can'.

"I was diagnosed with a stress fracture in my leg nine weeks ago. Nobody thought I could even race today. Id the race was two days ago I probably wouldn't have raced."

Boyce had taken the novel step of linking a hashtag to his watch today, meaning it buzzed every time someone signalled their support with #UpBoyce on Instagram or Twitter.

He also revealed afterwards that he had had only three weeks proper race-walking training due to a stress fracture in his tibia.

"Aerobically, I was very fit but just missing some resistance training," he said. "I was looking at going after it positively and seeing what was possible." 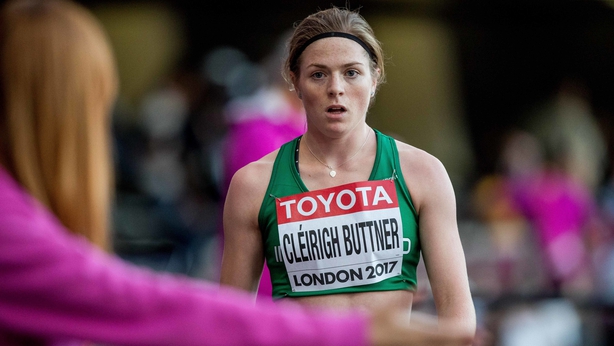 Siofra Cleirigh-Buttner and Claire Mooney both failed to advance from their heats of the women’s 800m.

Buttner was sixth in heat one in a time 2:02.80, and while she was disappointed that it wasn’t enough to advance, reflected on her progress in the event after posting a time two seconds faster than her last appearance at the championships.

"It was a lot faster than two years ago when I missed out on the semi-finals," the Dubliner told RTÉ Sport.

"I felt strong in the last 50m so I was happy with that."

Chris O’Donnell posted a season’s best time in his 400m heat, but failed to progress to the semi-finals.

In his first year out of the junior ranks, O’Donnell (20) put in a fine showing to finish sixth at the Olympic Stadium, in a heat won by Belgian Kevin Borlee.

"Lane one is tough, but that doesn’t matter. I’m here and I have got unbelievable experience," he told RTÉ Sport.

"Just to be here competing against these guys will bring me on leaps and bounds. I gave it my all." 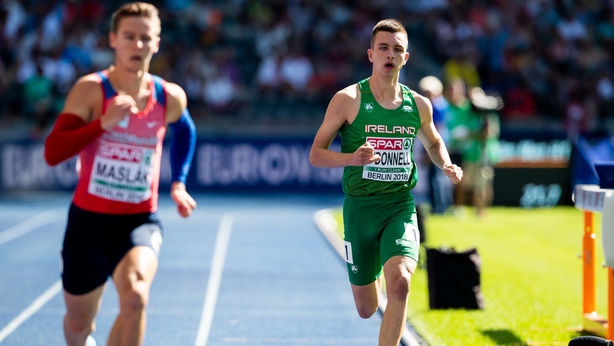 In track cycling, Robyn Stewart was fourth in her first round heat of the Keirin. The 28-year-old put in a great effort in the repechage but was held off by Russian Daria Shmeleva, who took the sole remaining qualifying spot.

Brilliant effort from @Robyn_E_Stewart who missed out on keirin semi finals by one place. Great racing in truly world class field. Check out her post race reaction from the infield @RTEsport @IreCyclingFed pic.twitter.com/hOQiW37Mgb