Over the past week there’s been many headlines, quite rightly, celebrating the performance of Sarah Healy.

The 17-year-old Dubliner and member of Blackrock Athletic club smashed the Irish U-18 1500m record by running 4:09.25 last weekend in Germany.

It was the second fastest time in history by a European U-18, and understandably has plenty of people excited in Irish athletics that we could have another middle-distance star on our hands.

But my fear when I see those headlines: where is she going to be in five years? 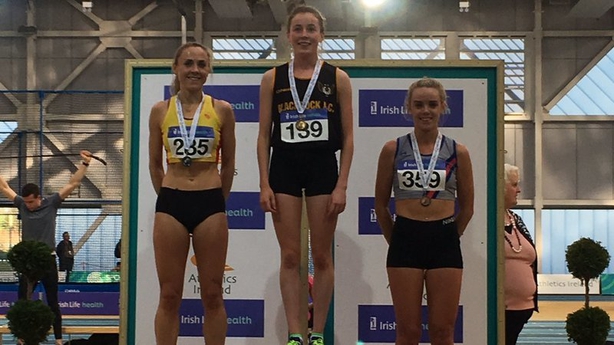 It’s great right now when she’s breaking underage records, but the gap to success at senior level is a huge one that so often hasn’t been bridged by the brightest of talents. I don’t have the answers, but what Irish athletics needs now is an element of dialogue around how to best nurture all that talent.

Earlier this week a squad of 23 was named for the European U-18 Championships in Gyor, Hungary, next month and there is so much talent in those ranks, with Tallaght AC sprinter Rhasidat Adeleke another strong medal contender in the girls’ 200m.

Some will undoubtedly come home with medals, but beyond this summer the key question is: what structures do we have in place to make them successful seniors?

In terms of services, you can’t really fault the current setup; through Tokyo 2020 development programmes potential athletes can avail of physio screening, psychology, nutrition support etc.  through the Sport Ireland Institute and these services weren’t there when I was 15 or 16, but I’d always look at it from a fundamental point of view – coaching.

"Currently we don’t have any full-time paid coaches in the country therefore we rely on club coaches and parents so much but there has to be a structure to support them because every club will eventually find a diamond, and it’s crucial they get the right advice to bring that to the top"

The majority of these athletes will be working with club coaches who found them originally through their respective clubs, but for those who have discovered a diamond in the rough, the question is whether they have the wherewithal and expertise to bring them to the next level?

Now I’m not picking on these people by any means, there is great coaching talent in this country but my concern is how can we best help them bring that potential through to senior success?

Should it mean eventually handing an athlete over to the best event coach in the country, or a national event coach or that club coach being provided with the best coach education and mentorship available?

Currently we don’t have any full-time paid coaches in the country therefore we rely on club coaches and parents so much but there has to be a structure to support them because every club will eventually find a diamond, and it’s crucial they get the right advice to bring that to the top.

To be fair it is a two-way approach, the coach has to be open to support and advice, without the fear of another coach trying to poach that athlete.

For sprinting, Club TLG have been effective in building a network of coaches who share knowledge between them and open the dialogue, and Athletics Ireland is trying to host regular event workshops but that’s still just a fraction of the coaches who are out there.

Athletics Ireland has also hired a full-time sprints coordinator in Daniel Kilgallon to help structure, support and develop sprint based athletes and coaches. It is a positive move, and if finances allow, more event specific roles would be welcomed, which could lead on to full time coaching roles or more collaboration between coaches and clubs.

I’ve seen clubs in Ireland that flog kids with the same sessions every week, and while it might get results in the short-term, in the end it’s a recipe for disaster. There has to be a long-term plan to incrementally increase the load because if you start going too hard, too soon, it just doesn’t work.

I had many peers as a teenager who were put on pedestals for reaching an underage championships, but it was often the result of short-term thinking and so many of them never went on to do anything as a senior.

The athletes going to Gyor next month will be between 16 and 17-years-old, and so many challenges await them in the coming years. Their bodies will develop in all shapes and sizes, their training load will increase – with it the risk of injury – and then there’s the lifestyle challenges coming down the tracks.

A huge issue in Ireland is there’s a massive social scene that revolves around alcohol, and while we’re all entitled to that and you have to experience life, as an athlete you have to find the balance.

We’ve seen so much talent end up in the college bar and that’s not just an Irish thing. At my training base in Loughborough you would have phenomenal talents coming in from the English schools system but then they were going out every Wednesday and Friday night and sure enough, they fell by the wayside by missing training, putting on weight and suddenly they lost interest.

"As a junior, I never qualified for any championships as an individual, but the experience of getting to compete at world juniors on a relay team stood to me massively"

The social pressure can be very, very difficult and staying on the right course often comes down to who you surround yourself with. You look at social media now and you see all your mates out doing things while you’re staying in on a Friday or Saturday night because you’ve got training – it’s inevitable you’re going to feel a bit left out and that’s very difficult for a teenager.

It’s something all individual sports struggle with, and that’s where the club setup is really important and having good friends through your training group. For me, the group in Loughborough was so, so important. I had a great group of friends there and later, when I moved to America, I struggled without that.

If I could say one thing to many of these young athletes it would be that there’s no rush – success in this sport happens through many years of consistency, putting long-term development ahead of short-term success.

As a junior, I never qualified for any championships as an individual, but the experience of getting to compete at world juniors on a relay team stood to me massively. It was a wonderful experience that made me want to be an athlete, so the youngsters should enjoy the weeks ahead and treasure the experience.

And whether they finish first, last or somewhere in between, they shouldn’t get too hung up on the results. If they take the right advice, have the right support and maintain the right attitude, it should just be the first step towards a long and flourishing career at senior level – where it really counts.