The first night of the 2017 World Athletics Championships in London hit the right cord.

A packed stadium signalled what the sport of athletics is craving: spectators and with a home favourite taking the first gold of the championships, it sets up a great ten days of athletics in the English capital.

After the redistribution of medals to those athletes that were robbed by drug cheats of their moment on the podium from previous championships, all eyes were waiting on one man, Usain Bolt.

Negotiating rounds safely and conserving energy, whilst laying down a maker of intent to your competitors are the key goals in the early rounds and it’s fair to say Bolt didn’t looks as comfortable as he has done in the past.

Winning his heat and easing down in the end, he will have to work on that start. Shaking his head post-race, Bolt blamed his poor first 20 meters on the starting blocks shaking. 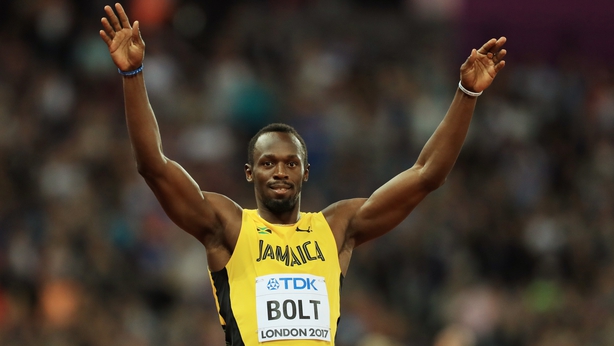 Regardless Bolt is through alongside the 2017 world leader, US challenger Christian Coleman and his teammate Justin Gatlin, who was loudly booed on the start line the by capacity crowd as he set himself into the blocks. Gatlin along with Coleman, both looked impressive and comfortable throughout but can they take the gold away from Bolt in his last ever 100m.

Team Ireland had their first athlete on the track and it wasn't to be for Ciara Mageean who sadly finished 13th in her heat of the 1500m.

Going in heat one of three and with the first six to qualify along with the next six fastest losers to advance, she would have had the semi-finals in her sights.

However, it was a tough draw with some big names in the field, but she simply never looked comfortable with the early pace. 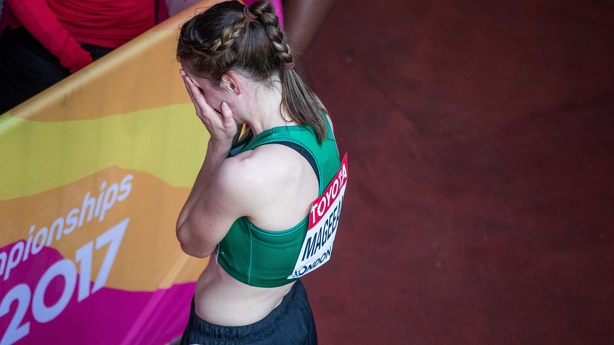 With 500m to go, there was an injection of speed from the field and it left Mageean searching.

With a lap to go she was dropped and trailed home well down the field. Post-race she was lost and I’m sure waking up today she will have plenty of questions to answer.

The night was brought to a raucous close with the Mo Show.

Looking comfortable throughout and even pumping his chest to the crowd over 25 laps, Mo Farah claimed his third 10,000m world championship gold in a fast 26min 49secs. 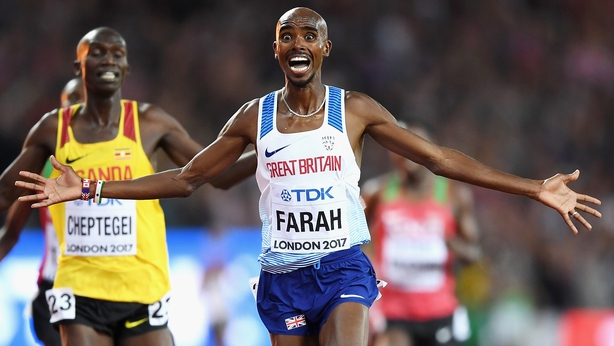 I have never seen a distance athlete gesticulate to the crowd throughout, post-race Mo simply said he did it to mess with his competitors’ heads.

Sitting back early on and letting the African nations push the pace out early on, a sudden deafening roar from the partisan crowd threw curiosity in the leader’s head and they instantly started looking at the big screen to see what was going on behind them…a simple break of focus.

The Kenyans, Ugandans and Ethiopians threw everything at Farah, working together to maintain an early pace in the hope of stringing out the field and dropping Farah.

It didn’t work and with 700 metres to go Farah went to the front, and dictated proceedings. Even getting spiked and stumbling on the last lap couldn't stop him and it sent a packed stadium into delirium on night number one of London 2017.

Next up for the Farah is 5,000m with heats on Wednesday and the final next Saturday. He hobbled into the press conference with a heavily bandaged right leg, and openly said he needs to see the doctor for stitches.

Such was the urgency, he answered two questions and limped out with the assistance from the medical team.

Next up this morning for Team Ireland is Brian Gregan and Mark English. 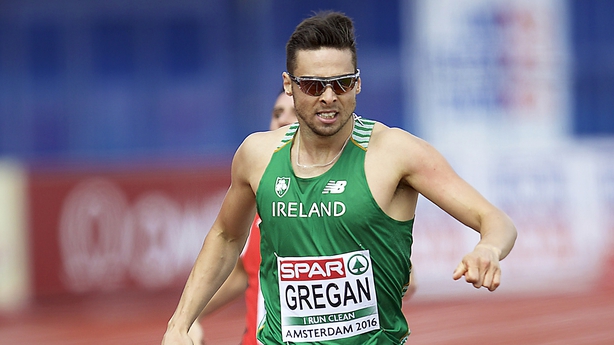 Gregan is in the form of his life coming into these championships and if he can replicate his recent form he will be in with a shout to qualify for the semi-finals. There is no gimmes at this level, so executing your own race is essential over one lap.

Mark English has it all to do in his 800m heat with tough qualification and some class acts in his heats. Mark needs to stay in contention with the front runners, and with 200m to go turn the burners on to make sure he can progress.

Organisers will be delighted with the opening night, and with sell-out crowds forecasted for the days and nights ahead.

Sebastian Coe will be sitting pretty in the cushioned seats overlooking the finish line.