These hugely anticipated World Athletics Championships with a multitude of compelling storylines get underway in London this evening with two of the biggest stars on show.

We’ll see Usain Bolt in his farewell major championship before his retirement compete in the heats of the men’s 100m seeking a twelfth world championship gold medal.

At almost 31 years of age he may not have the gears he once had and he’s only ranked seventh in the world this year, but his one good race of the season, a 9.95 second victory in Monaco, had a bit of a languid element about it that suggests that there’s at least a low 9.8 or 9.7 in those slightly ageing legs.

If he can find that sort of form he can win gold number four at world level at 100m, especially with the news that Andre De Grasse of Canada, one of his main rivals and Olympic bronze medalist, has pulled out with a hamstring injury.

That 100m final takes place on Saturday, but another legend of the sport goes in a final this evening - that’s Mo Farah, who contests the 10,000m, which is a straight final with no heats.

He’s been a double world champion twice at 5,000m and 10,000m and a double Olympic champion twice at those distances and although he’s now 34-years-old he has no shortage of motivation on home soil because he will retire from track athletics after these championships.

Farah will continue to race on the roads at the marathon distance, though he will be hoping to go out in style on the track in front of his own supporters.

From the Irish team’s perspective, there are eleven athletes in action this week. The first of them is Ciara Mageean, who has a tough-looking heat of the 1,500m tonight for women and it includes the Olympic 800m champion Caster Semenya.

But Mageean, who is an Olympic semi-finalist from Rio last year and a European bronze medalist, has the form this season to at least make the semi-finals here in London.

Other Irish athletes worth keeping an eye out for over the next week are Rio fourth place finisher Thomas Barr in the 400m hurdles, 400m sprinter Brian Gregan and Mark English in the 800m, who all won national titles at Morton Stadium recently.

Irish eyes have smiled before at brutal Kiawah Island 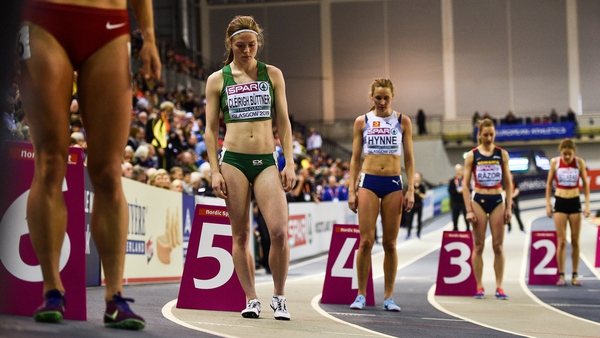